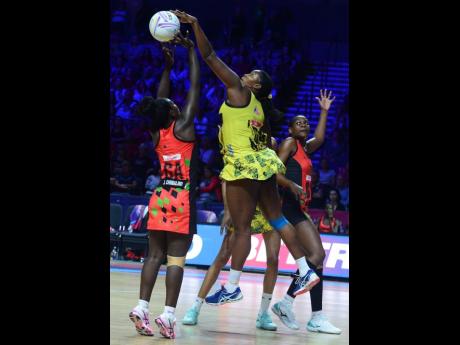 Despite denials from Netball Jamaica (NJ), The Gleaner has been reliably informed that national senior netball team head coach Marvette Anderson will be sacked from her post this month, after the Sunshine Girls’ poor performance at the Netball World Cup (NWC) in Liverpool, England, last month.

However, when contacted yesterday, first vice president of NJ, Tricia Robinson, rebuffed this claim and said the association is yet to meet to decide on the coaching positions.

“I don’t know that the association came to that decision,” Robinson said. “At this time of the year persons are on break we have the requisite reports to come in for the month of August and then the board will meet and decide.

“We all have to come back together and look at the various reports and whatever change needs to be made, then the changes are made.”

In spite of Robinson’s comments, a credible source told The Gleaner that Anderson will be replaced by her assistant Winston Nevers, who will be in charge of the team for the Quad Series in England in January. The Quad Series will also involve world champions New Zealand, South Africa and the hosts. When contacted yesterday, Nevers said he will not be commenting on the matter.

The Jamaicans, who entered the championships as the second-ranked team in the world, failed to secure a spot in the first semi-finals of the NWC for the first time since 1995.

NJ president Dr Paula Daley-Morris told The Gleaner on Tuesday, July 16, a day after the Sunshine Girls suffered back-to-back defeats to South Africa (55-53) and England (56-48), that her organisation will be making several changes to the coaching staff after the championships.

“We were equal to the task, we fell asleep on the job and the results are what they are,” Daley-Morris said. “Lots of changes will be made; we cannot go forward with the way things are.

“It is not that we don’t have a good team. We have the best defender in the world, we have the best shooter in the world and we have a swift centre court. We have girls that are extremely knowledgeable and experienced in the game. This outcome could not be predicted by any of us. We would not have expected it, so we would have to sit down and make some tough decisions because this country is depending on us to do well.”