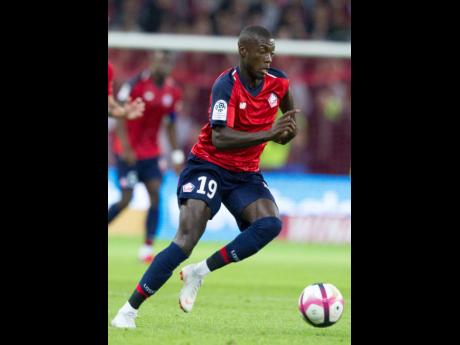 Arsenal have broken their transfer record to sign winger Nicolas Pépé from Lille as the London club tries to return to the Champions League.

The 24-year-old Ivory Coast international is moving to the Premier League in a transfer deal worth a reported €80 million.

Arsenal manager Unai Emery says, “Nicolas is a highly rated and talented winger who was wanted by many of the top teams in Europe. Signing a top-class winger has been one of our key objectives in this transfer window, and I’m delighted he’s joining. He will add pace, power, and creativity with the aim of bringing more goals to our team.”

Pépé started out as a goalkeeper before reverting to being an outfield player during his time with amateur side Poitiers.

A switch to Angers followed before he moved to Lille in 2017, scoring 35 league goals in his two seasons with last year’s runners-up in the French league.

Arsenal will be playing in the second-tier Europa League again after losing in that league’s final to rivals Chelsea and failing to finish in the Premier League’s top four.