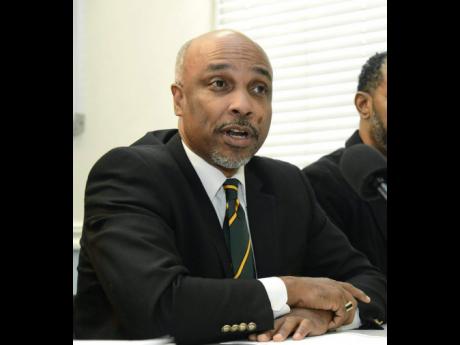 The landmark corporate office of the Jamaica Olympic Association (JOA) at 9 Cunningham Avenue in Kingston, styled ‘Olympic Manor’ by the Christopher Samuda-led administration, will next year be ‘transported’ to Tokyo, where it will become not only a cultural, cuisine, and entertainment hub but also a business forum where Brand Jamaica will be monetised, athletes exposed to commercial interests, and international media and business partnerships established.

“The Olympic Games offer historic medal podium achievements for our men and women in enriching our sporting heritage. Olympic Manor will be unmistakably a Jamrock landmark in Tokyo, where the business, commerce, culture, cuisine, music, art, and simply the joie de vivre of sport will be wrapped attractively and monetised in the black, green, and gold,” said JOA president Samuda.

Last year at the Commonwealth Games in the Gold Coast, Australia, the JOA successfully staged, for the first time, ‘Olympic Manor’ at the popular and snazzy Helm Bar and Bistro Surfers Paradise, and Samuda promises that the Tokyo experience next year will be revved up.

“It will not be, for us, a ‘sweat-down’ party. It will be first and foremost a corporate forum in strategically showcasing our sporting talent and commercialising Brand Jamaica. It will offer local and international media and business interests a laser-jet funnel insight into the bankable talent ‘a yard’ in sport and bang-for-buck investment partnerships,” Samuda said.

The JOA continues to break new ground in the local world of sport ,and Samuda noted that his organisation is writing a new script for the business of sport, talent performance in sport, and the governance of sport – three critical pillars that have to be established if Jamaica is to be serious about sport development.

He said: “Olympic Manor, for us in Jamaica, is a fixed asset, and when exported by us to Japan or elsewhere, it is a floating asset which is continually increasing in value. What is clear to us is that in both cases, it is an earning asset, the value of which is measured in brand recognition and monetisation, a new and vibrant stock in trade, goodwill, and legacy creation.”

Foster further stated: “The JOA show is on the road. No turning back. We have a job to do and goals to accomplish, and with our supportive and dynamic membership, more ‘Manors’ will be built for this and future generations.”

On a visit to Japan in late 2017, the JOA signed a historic partnership agreement with the Tottori Prefecture government, which was covered extensively by the provincial media. Samuda hailed this as a milestone that “goes beyond the brick and mortar of sport and captures the humanity and unity of sport across the apparent cultural and geographic divides”.