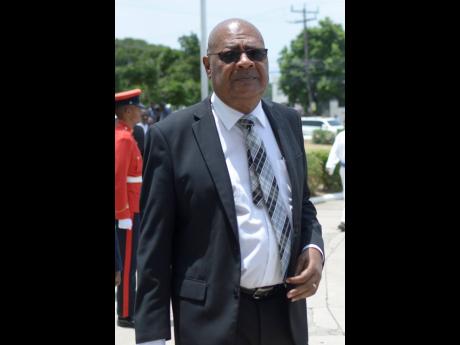 He might be widely expected to return as Jamaica Football Federation (JFF) president, when the dust settles, following the upcoming elections on September 15, but the incumbent, Michael Ricketts, is not taking anything for granted.

Ricketts, who is seeking his first full term after taking charge, following the death of former president Captain Horace Burrell in 2017, has had his fair share of issues and critics during his two years in office and is wary of the challenges from St Ann FA president Danny Beckford and the late entry of former JFF president, Tony James.

“I have intentions to serve one more term if elected. I think I would have done enough work but the delegates will now speak. I understand that Mr James has officially declared an interest, while Mr Beckford did declared an interest some weeks ago,” said Ricketts.

“Each candidate must get nominated by at least four parish associations to be duly nominated, so let’s see what happens after the first of August. But I welcome the challenge and in the interest of football, if the delegates feel there is someone that could do a better job than I can, then I don’t have a problem with that. I am prepared and willing to work with anybody that is elected to lead the JFF,” Ricketts said.

Ricketts, who believes that James might have expressed his interest too late, also poured cold water on Beckford’s expected bid, arguing that the outspoken administrator has a poor history of results and support at previous elections.

“I am not sure (if James has enough time to garner four nominations). Mr James is a friend of mine, he is a friend of football and an experienced football administrator, so I am pretty certain that anything he is saying or doing, he must have thought about it and would have made a conscious decision, so we will wait and see what will happen when the nominations close. It all depends on whether he gets nominated and once he can muster the four parish associations, he will be a candidate and once you are a candidate, anything is possible,” Ricketts stated.

Ricketts and his administration have had to deal with several issues over the past couple of years, with many stakeholders expressing disappointment in how matters relating to Theodore Whitmore’s contract negotiations, Reggae Girlz-Cedella Marley support and the Craig Butler and Leon Bailey dynamic were handled.

“The constituents will speak on the 15th, but it doesn’t matter how well you do, you will have critics. But we think this federation has done well and we have achieved some things. We have made mistakes – there’s no question – and that’s a whole part of a process, but the mistakes we made, we have to make sure we don’t make them again. We are not perfect, we need to make sure we correct the things we did not do right and make sure we get them right this time around,” he added.

The JFF boss is also hopeful that the election process will be conducted in a civil and respectful manner.