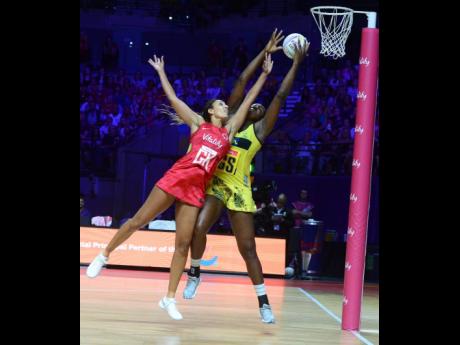 Following their dis-appointing fifth-place finish at last month’s Netball World Cup (NWC), the Sunshine Girls will face another tough test when they tackle world champions New Zealand, along with South Africa and hosts England, in a Quad Series in January.

The Sunshine Girls, who are ranked number two in the world, must perform well against these teams, which are all rated below them in order to maintain their current ranking.

Tricia Robinson, first vice-president of Netball Jamaica (NJ), told The Gleaner that the Sunshine Girls are disappointed with their performance at the NWC and are determined to put on a good showing at the series as they seek to maintain their rank.

“Certainly a good finish will help us to maintain our number-two ranking in the world, and so the girls are looking forward to this series,” said Robinson.

Robinson underlined that the Sunshine Girls would be aiming to prove to everyone that their recent performance at the NWC was just a fluke and that they are a much better team than their finish suggests.

“Most certainly, we are better than fifth, but like everybody else, we have our moments,” said Robinson. “It is unfortunate that our moment took place at the World Championships, but every team, at some point in time, has their mettle tested,” she said.

“Everyone was disappointed, and I am sure the girls are looking to change those things in this series, and so I am confident that we are going to do extremely well,” Robinson noted.