I had to try – James 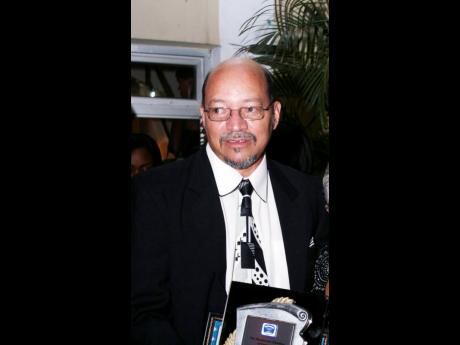 Even though Tony James did not receive the required four nominations at Thursday’s Jamaica Football Federation (JFF) presidential nominations to be eligible to contest the September 15 elections, he said that as a matter of principle, he had to make a challenge.

James, a former JFF president said it would be a mistake to allow this administration to manage the affairs of local football for another term.

Michael Ricketts, the incumbent, received 11 out of a possible 13 nominations, which means that next month’s election is, basically, a ­foregone conclusion.

However, James, who argues that the current administration has a tight grip on the limited member of votes, threw his hat into the ring nevertheless, a little over a week before the close of nominations, even though he knew that the chances of getting the four nominations were slim. Despite that, he thought that there were some points that need addressing.

“They have a stronghold on that (votes). If I had time, I could have talked to more people, but time is not the biggest issue. The issue is, do you have a principled stance or a political stance? If you are going to take a principled stand on it, it is not going to change,” he reasoned

“There are enough people with principle in the JFF to nominate me. But regardless, I had to put my hand up,” James added.

Although he had received assurances from three to four associations, he was not fully convinced of their support. However, he believes that it is a big mistake to allow this administration to run football for another four years.

“It is daunting, it is not easy, but you have to put up your hand as a matter of principle. Three or four (associations) said they would ­support me. If they (were) ­voting on politics, I won’t get a single ­nomination, but if they (were) ­voting on principle, I would win hands down. So it’s a matter of principle. But this is politics and I understand that, so I am not troubled by that (losing),” he continued.

“I put my hand up because I think all 13 members can be guided to proper structure if they have someone to hold their hand and lead them through the process. I don’t pretend I am anything special, but from the east to the west, the principles in the JFF are agreed by all but we don’t seem to be able pull them together. If they can do it by themselves, they don’t need me, but they obviously ­cannot do it by themselves,” he added.

With victory for Michael Ricketts all but assured, James predicts that Jamaica’s football will travel for four more years in the wrong direction.

“I hope they do well. That must be the hope of all of us, but they need leadership. We are doing some things good, but how will you run the JFF without a vision. We have neglected the east for years and now we are about to neglect the western part. Also, they want to find a political solution to a technical problem, so we are on the wrong track. If the clubs are not properly structured, you could increase (Premier League) to 20 teams (it won’t make a difference). This shows they need technical help to be structured properly so Jamaica’s football can make a ­contribution,” James said.