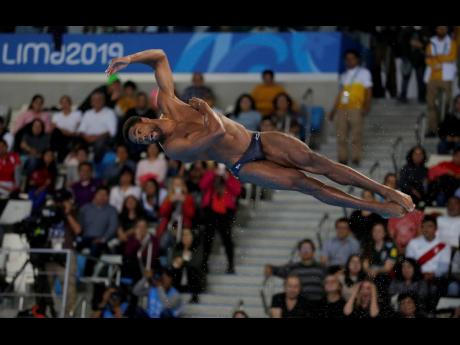 Jamaica’s female footballers ended their Pan American Games journey in defeat as they lost 3-1 to Paraguay in their final Group A game at the San Marcos Stadium in Lima, Peru, yesterday.

Striker Jessica Martinez powered the Paraguayans to their second win of the tournament, scoring in the fifth and 63rd minutes while midfielder Dulce Quintana added another in stoppage time. Las Albirojas advanced to the semi-finals, claiming the top spot in the group with seven points. Earlier, Mexico clawed their way back from a two-goal deficit to salvage a 2-2 with Colombia, but the result, combined with Paraguay’s win, eliminated them from advancing to the semi-finals as they finished third in the group with four points. Colombia advanced to the semi-finals along with Paraguay as group runners-up with five points.

Paraguay got off to a fast start as Martinez got on the score sheet after just five minutes. Jamaica managed to recover from the early setback and found their equaliser courtesy of defender Chanel Hudson Marks in the 32nd minute.

However, the Jamaicans were under pressure after the half-time interval with Martinez missing a chance in the 53rd. The Paraguayan striker would not be denied, however, and again found the back of the net 10 minutes later. Quintana put the result beyond all doubt two minutes into stoppage time.

In the end, the Reggae Girlz could only muster four shots with only two of those on target. Paraguay had the majority of the chances with 17 shots, nine of those finding the target. Jamaica lost the possession battle 55 to 45 per cent.

Meanwhile, diver Yona Knight-Wisdom will look to land on the podium again when he competes in the 3m springboard final tonight at 7:30 p.m. at the Aquatic Centre.

Knight-Wisdom, who won Jamaica’s first Pan American Games medal in diving when he took silver in the 1m springboard event on Thursday, qualified for tonight’s final, accumulating 405.95 points and placing fifth among the 12 qualifiers.

He will face stiff competition from the top qualifier, Phillipe Gagné, of Canada, who amassed 444.95 points and also from fellow 1m springboard medallists Juan Hernández and USA’s Andrew Capobianco, who also have qualified.

With the Pan American champion guaranteed a spot in next year’s Olympics, Knight-Wisdom will trust the process that has brought him success so far.

“There’s no point worrying about things out of my control, so I’ll try to focus on myself and do the best I can,” he said after his silver medal performance on Friday.

In other results, Christian Sasso and Shaun Barnes could not improve on their day one scores and failed to qualify for the finals of the men’s skeet event as their combined scores kept them in 25th and 28th.

Cyclist Dahlia Palmer won her qualifying heat of the women’s sprint event but fell in her heat of the quarterfinal and finished second in Heat One of the Repechage round to classify the athlete rankings.