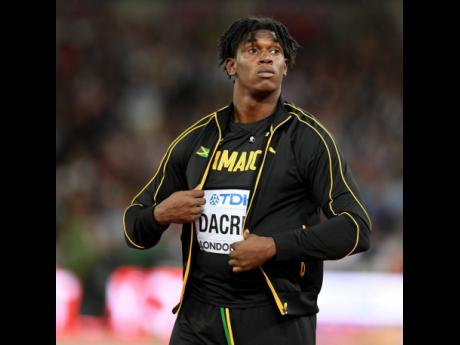 The lure of good and exciting sports involving local and regional sporting stars and teams has resulted in sport fans of cricket, football and netball yearning for the beginning of the track and field section of the Pan Am Games and the Diamond League just to have a few moments of joy and celebration.

No reasonable sport fan expects his or her team or sporting icon to win all the time. All the average sport fan wants is just to see and cheer their favourites in a battle, toe-to-toe with the opposition, losing some but winning most. Instead, during this summer we are left to wonder ‘Wah happen?’

I do believe that local and West Indian sportsmen and sportswomen are just as gifted and talented as the best of the rest in any sports. Therefore, the answer , I think, is not only on blaming the athletes, but I think that we should take a close and data-driven look at the people who administer the different sports, the ones who are responsible for putting on the show.

In the glorious sport of horseracing, the sole promoter of the weekly fare of events at Caymanas Park faces declining revenue and poor fields, which does very little to encourage corporate Jamaica to support and spend big bucks in sponsoring this vital industry. As the horse population declines, the promoter is forced to put on two, three, and four-furlong straight races to accommodate the plethora of horses with injuries/lameness that can only gallop for a very short period and only in a straight line.

And if by chance an animal with known and proven “leg/pain” issues dares to try to race around a corner, falls, and breakdown ensues, this gives rise to not only the possibility of the demise of the animal, but the potential of career-ending injuries to the riders. The fall of four horses and injuries to their riders last week can be traced to the giving way of the leg of the leader in the race at the time, an animal, known to have serious “leg problems”. While there can be some understanding of the continued reason to allow these horses and their connections to ‘eat-a-food’ (race), the long-term picture must include the safety of the riders and other horses in the race.

It is now high time for the promoter ­ – Supreme Ventures Racing and Entertainment Limited, in conjunction with the regulator, the Jamaica Racing Commission, to insist and put in place a programme that has a veterinarian, approved by the regulator, inspect and certify every horse nominated to run in the two or three days prior to the race.

That simple innovation can save lives and reduce catastrophic events during races. There may be the possibility of races being reduced to the number of starters that make the race economically non-viable, but the long-term effect would be the increased handle reflected at the tote board when punters have a reasonable guarantee that the starters have a genuine chance at not only finishing the race, but can win or place in the event. More confidence, more betting.

In cricket, the Jamaican teams of all age groups continue to leave our shores to participate in regional competition with great optimism at the start of the competition only to be followed by “wah happen?” at the end of the tournament or match.

The much vaunted T20 skills of our cricketers have now been shown to be hype, hype, and only hype. They seem to be lacking substance as A teams and B teams from different countries take our cricketers for jokers, defeating us with seemingly very little effort. We have a new set of administrators in cricket, but alas, very little change in fortune.

In football, as our woeful form and results keep piling up, the thought of a new and different way of administering the game here at home went up in smoke as the only people with the power to give someone else a chance, refused to nominate a challenger and so we the football fans can only weep and moan. As our national anthem requests the heavenly power to “give us vision lest we perish,” we the football fans of Jamaica are left with the real possibility of another four years of vision-less football and as a fellow Gleaner columnist has postulated, another term of a “Comedy of Errors”.

We can’t wait for track and field at the Pan Am Games and the World Championships at Doha. We need to celebrate our Emacipendence not only in politics, but in sports. Happy Independence to all!