What a mess! - JFF fails to secure visa date for U15s for Concacaf Championships 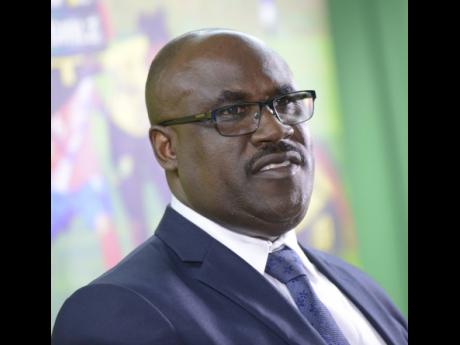 Jamaica’s Under-15 team will not participate in this year’s Concacaf Under-15 Championship after the Jamaica Football Federation’s (JFF) request for emergency appointments for visa-less members of the team was not granted by the US Embassy.

The squad was expected to feature at the August 4-11 tournament in Florida, but their plans hit a hurdle after the JFF failed to secure appointments in adequate time, with the majority of players not holding US visas.

JFF General Secretary Dalton Wint explained that the US Embassy could not accommodate their late appointment request, as it is short-staffed during the Emancipation Day/Independence Day holiday period.

“No, it’s not going to happen. We did not get the early date for the appointment. We were thinking that we could have got through today (Tuesday) to travel tomorrow (Wednesday), but it’s not happening,” Wint said.

Only five of the selected players hold US visas, with Wint admitting to The Gleaner recently that the federation had not taken the holiday period into consideration, when making plans to schedule appointments for the players.

He noted that trying to make the interview appointments over the course of the holidays was the worst thing they could have done.

Jamaica were down to play Costa Rica, Barbados and invited team Portugal at the IMG field in Florida. However, despite the disappointment of not making the tournament, Wint insists that they will be looking to make it up to the young Reggae Boyz by looking for another tournament for them to compete in before the end of the year.

“What we want to do is try and find a tournament quickly so we can enter them because we want to keep this team together, so we will try to find a tournament soon. We are working on that and the process has started already. We are very disappointed, very. It’s a big disappointment for the federation and everybody (not to be participating),” said Wint. “I am here to meet with them (players) and have a discussion to see how we can encourage them.”