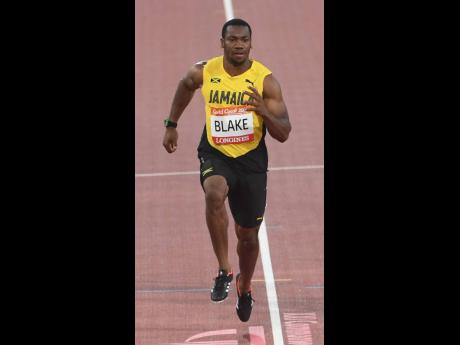 The XVII IAAF World Championships in Athletics, scheduled for the Qatari capital, Doha, in late September, will mark the first occasion when triple world record holder Usain Bolt will not grace the country’s team to a global event since he arrived on the scene.

As unfortunate as his absence might be, it should not be seen as something about which the fans should agonise. Bolt, in his time, has performed with admirable and unprecedented distinction. Not much, if anything more, could have been expected. He has been tagged with the label of legend and he has undoubtedly earned the title. Now that he is about to take on other exploits, it is hoped that his success in those ventures will replicate and even surpass what were his triumphs on the tracks of the world. But what will be the situation now that the big man has walked away?

It seems apparent that the men’s sprinting will be severely hampered by the fact that Bolt has moved on. It would not be realistic to expect, in the short term, the 9.69 and the 9.58 that were the highlights of Bolt’s first two years of serious attempts at the 100m. Those did not come without hard work and dedication by the nation’s hero, and neither will they for any who desires to succeed him.

However, his former training partner, Yohan Blake, despite his injury setbacks, is still at it as well as being a part of the Glen Mills-headed Racers camp. One should not write off the former national junior 100m record holder, as it seems that he is slowly getting back to better days.

Another sprinter not to be ignored, is Tyquendo Tracey, who recently quit the MVP camp and is training overseas. Despite going under 10 seconds for the first time in the 100m last year, there needs to be substantial improvement in his performances to bring him in line with the world’s top sprinters. It is hoped that he is not too far away from that level of achievement, but it will take the type of effort for which Bolt and company are known for him to make that cut.

A new kid appeared on the block at the 2019 Boys’ Champs in the form of Calabar’s Oblique Seville. Boasting a time of 10.12 seconds in the 100m, he has turned professional and will be in the Racers training camp. His progress will be closely watched, but he seems to have the basic tools to ascend to the lofty heights of world sprinting in the not-too-distant future.

The 110m hurdles defending World and Olympic champion, Omar McLeod, remains a medal factor in his event and MVP’s Ronald Levy could step up from Commonwealth Games champion status and notch another medal.

Nothing has changed among the country’s female sprinters, as the already highly decorated Shelly-Ann Fraser-Pryce and Elaine Thompson have both been on fire in early exchanges. They have registered short sprint times of 10.73, with Thompson going 22.00 over 200m. Those marks augur well for the top sprint positions at the World Champs, which is still just under two months away. Then there is the sensational Briana Williams, the reigning Carifta under-20 and World Junior champion at 100m and 200m, whose coach, the former 200m world champion, Ato Boldon, has promised great things for her. She is expected to run a crucial leg in a medal-winning sprint relay team.

The 2015 world champion over the 100m hurdles, Danielle Williams, has been in superb form this season on the Diamond League (DL) circuit, setting a new national record at her last outing. She looks to have recovered from her disqualification trauma at the Trials in June and if she takes the title in the DL final, thus qualifying for a wild-card invitation, she would be tipped for a medal performance in Doha.

Former world youth and world junior champion, Fedrick Dacres is rounding into supreme discus shape, while being in stiff competition on the circuit. Nothing is ever guaranteed in this sport, but his prospects for medalling are real.

There are other prospective performers who appear to be on the verge of picking up medals at this level and, as such, should not be discounted. They include Shanieka Ricketts in the women’s triple jump, Shericka Jackson in the women’s 400m, and Danniel Thomas-Dodd in the women’s shot put.

Foster’s Fairplay wishes them all the best of luck.