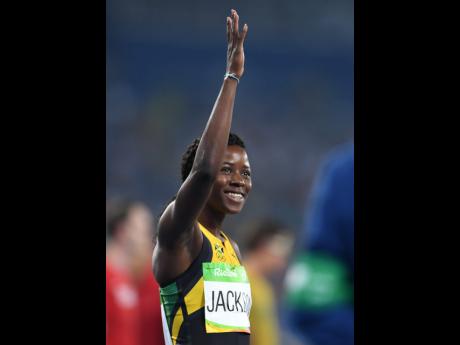 Rushell Clayton has been given the bronze medal in the Women’s 400m hurdles final after initially being declared the first runner up in the race.

This is because Canada’s Sage Watson, who had crossed the line first, had been initially disqualified. However, she won her appeal, to have been given the gold in a season’s best time of 55.16 seconds. Anna Cockrell’s 55.50 drops her to second and Clayton’s 55.53 places her third.

Kemar Mowatt had to dig deep for a bronze medal in the men’s event. He clocked 49.09 seconds, behind winner Alison Alves dos Santos who clocked a personal best of 48.45 seconds, while Amere Lattin was second in 48.98 seconds.