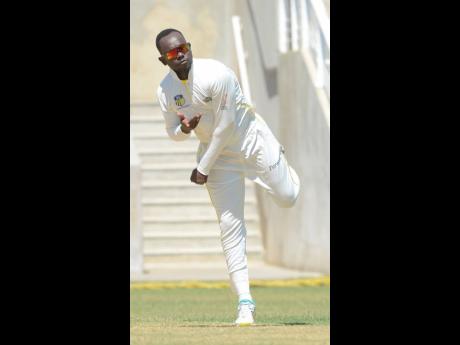 On March 10, 2019, Nikita Miller played his 100th and final regional first-class game for Jamaica at Sabina Park. The left-arm orthodox spinner wasted little time in making the transition into coaching, as the former captain has been appointed by the Jamaica Cricket Association as an interim assistant coach for the Jamaica Scorpions franchise.

The 37-year-old Miller holds a Level 2 coaching certificate from the England and Wales Cricket Board, and has been working with the team since June of this year, alongside veteran coach and current chairman of selectors Junior Bennett, who is overseeing the team in the absence of recently appointed head coach Andre Coley, who is on West Indies ‘A’ duties.

The former West Indies player, who just last October played his final ODI against Afghanistan in the ICC World Cup qualifier, says making the transition to coaching was easy for him.

“I knew I was going that route from even when I was playing. While I was the captain of the team, I had been doing a lot of mentoring and coaching with some of the younger players in the Jamaica team, and I must thank Junior Bennett, Robert Samuels and Simon Katich from the Trinidad CPL Franchise for helping me to hone my coaching skills,” said Miller.

Miller, who currently holds the record for most wickets in the region with 538, has been tasked with assisting mainly the bowlers in the current contracted Jamaica Scorpions squad.

The former Melbourne CC player believes the nation has a lot of potential in the bowling department and it is just a matter of harnessing that talent to meet international standards.

“One of the things I have been focusing on is to try and get the bowlers to think differently and have a different mindset when faced with different opponents and conditions. I learnt the hard way making the transition from first-class cricket to international cricket, and one of the things I had to grasp quickly was how batsmen work you out quickly, so if you can’t adapt and adjust your game fast enough, you are going to buckle under the pressure,” Miller continued.

For many years, spin has dominated the regional game, and Miller is of the view that the West Indies will only do well if the regional players are better able to play spin bowling.

“Every year, myself or Imran Khan or Shane Shillingford gets the most wickets in first-class cricket because few batsmen know how to play spin, they will block a couple balls then try to hit you out the park and get out. If you watch the international players, they rotate the strike more and put you as the bowler under pressure and keep you thinking. Our batsman just want to hit fours and sixes, and the game is much more than that,” he added.

Miller has credited the young spinners Dennis Bulli and Christopher Lamont for showing great work ethic and potential during the training stints.

“Bulli and Lamont are showing real potential and I want to impart my knowledge to them early so that if and when they make the transition to the international level, they can hold their own and execute their skills to the best of their ability.”

Miller, whose stint is expected to end on August 31, says he is hoping to stay on as an assistant when head coach Andre Coley takes over on September 1.

“Myself and Junior Bennett have been reporting our progress with the players to coach Coley almost daily, and I am hoping that my work with the team speaks for itself and I will be able to continue working with the team throughout the regional season,” said Miller.