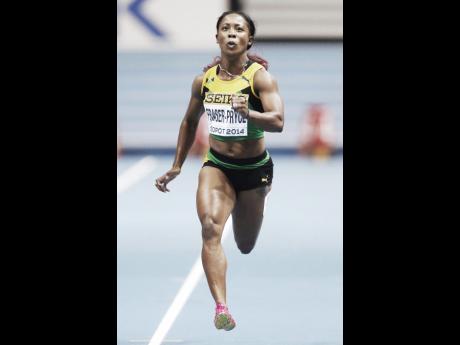 Shelly-Ann Fraser-Pryce is the new Pan American Games women’s 200m record holder. She shattered the previous record of 22.45 seconds, held by American Evelyn Ashford for 40 years, with her time of 22.43 seconds in the final, which took place at the Videna Sports Village this afternoon.

Fraser-Pryce, her own toughest critic, had said she did not think her semi-final run yesterday was very smooth, but described today’s run as “just okay.”

She finished ahead of Brazil’s Vitória Cristina Rosa, who took silver in a personal best of 22.62, and the Bahamas’ Tynia Gaither, who got the bronze medal in 22.76 seconds.

In the men’s equivalent, Andre Ewers finished eighth in 20.91 seconds. Ecuador’s Alex Leonardo Quiñónez was the winner, taking gold in 20.27 seconds, ahead of Trinidad and Tobago’s Jereem Richards, in 20.38 seconds and third-placed Yancarlos Martinez of the Dominican Republic, in 20.44 seconds.