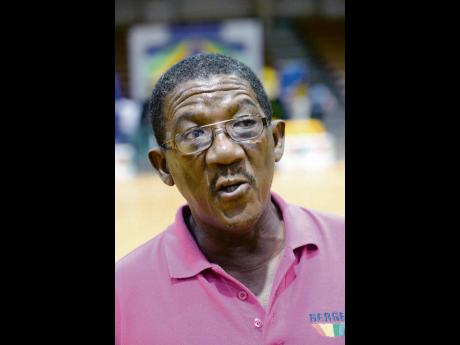 Nevers accused some players of being indisciplined and disrespectful towards the coaching staff during their poor performance at last month’s Netball World Cup (NWC) in Liverpool, England. The Jamaicans, who are ranked second in the world, ended a disappointed fifth at the tournament and missed out on a place in the semi-finals of the championship for the first time since 1995.

Speaking recently on a local daytime sports programme with host Maurice Foster on Power 106 FM, Nevers said that there was infighting among several members of the team, which contributed to the team’s performance, especially in their crucial group match against South Africa.

“After the end of the South Africa game, Adean [Thomas] walked up to me and said that ‘I am asking you to tell Marvette Anderson that I am not going to play with these girls again because through me and Girly (Nicole Dixon) vex, they don’t want to give me the ball on court’ ,” said Nevers. “I said to her if something was happening on the court and she said, ‘we couldn’t win the game because they didn’t want to give me the ball’ .”

The Sunshine Girls went down 55-52 to South Africa in the encounter.

“I have been coaching for some 40 years now, and I have never, ever coached any player that tells me that they are ‘not going to this and I am not going to that,’ and I experienced it with the national set-up,” said Nevers.

“I was so surprised, and I was shocked to know that players can tell the coach that they are not doing this, because this makes no sense,” he said.

“We had quite a few meetings, and I decided to bring it up in the meetings and the president said I should leave it alone,” he said.

However, Robinson told The Gleaner that Nevers’ comments were inappropriate and that the association planned on dealing with the matter very soon.

“I cannot comment on it, but it is an unfortunate incident. But unfortunately, I can’t comment further,” said Robinson, adding that NJ had yet to receive the coaches’ report from the tournament. “We are not in competition at this moment, and so several people are on their vacation, and so nobody has submitted their report as yet,” she said.

She added: “It is understood that the Sunshine Girls coaching staff, who should have handed in their reports to the NJ board at the start of this month, are expected to do so at the end of this month after they requested more time from the association to do so.”