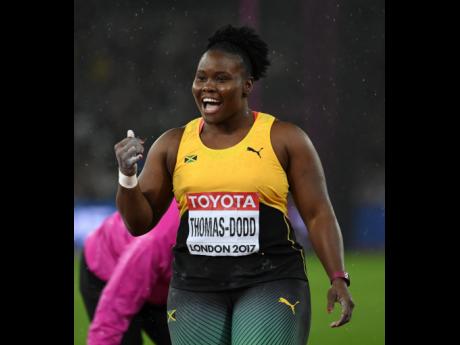 Thomas-Dodd threw a distance of 19.55m, which is also a new national record, to finish ahead of Canada’s Brittany Crew, with a personal best of 19.07m, and USA’s Jessica Ramsey’s season’s best of 19.01m to break the previous 36-year-old record of 19.34m set by Cuba’s María Elena Sarría in Caracas, Venezuela in 1983.

Thomas-Dodd said coming into the Games, her form suggested the accomplishment was possible.

“It feels really good to have done this,” she said. “Coming in, I knew based on my season’s best and the distances I’ve been throwing all season, I knew that the Pan Am Games record was attainable. Essentially, I just wanted the gold and that’s what I got.”

Thomas-Dodd's previous best and national record stood at 19.48m, which she threw earlier this year.