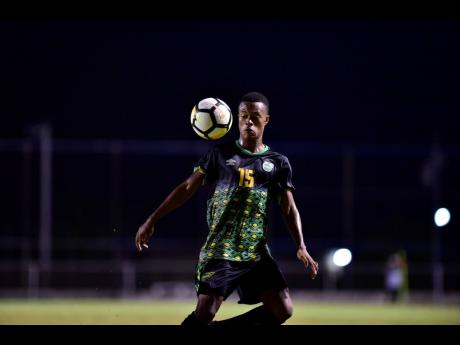 Beckford’s value has sky-­rocketed after scoring all three of Jamaica’s goals in their ill-fated Pan American Games campaign, including a brace against Peru in their final game.

Beckford spent the first half of last season on loan at Harbour View before closing out the ­campaign at relegated MBU.

The youngster noted that if a move overseas does not work out, Portmore United would be his ­preferred destination locally.

“It is a great club yes, so I would love to join, but right now, I’m focusing on some other things at the moment, so I’m not really focusing on the Premier League,” he added.

Beckford stated that talks between himself and overseas clubs have intensified since scoring the brace against Peru in Lima.

“Yes, I have been in conversation with clubs (overseas) from before the Peru game. Definitely since then, there has been more talk, but nothing has been finalised as yet,” Beckford said.

Manager of Portmore United Clive Marshall said a move for Beckford remains a rumour for now, but confirmed that they are interested in acquiring the former Rusea’s High School winger.

“We can’t confirm anything like that now. As it is rightfully stated, it is a rumour. You hear rumours, and it remains as rumours for the time being. However, I have a responsibility to say that we are having talks, but that’s only where it is at,” Marshall said.

“We are always interested in bringing young and exciting talent to the club, so we are definitely interested in acquiring his services if possible,” Marshall added.