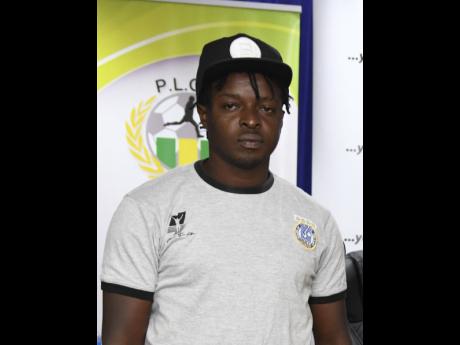 Recently appointed head coach of Red Stripe League (RSPL) outfit Dunbeholden FC Fabian Taylor said his main focus is to lead the club into the play-offs of this year’s competition.

Dunbeholden narrowly missed out on being relegated from the RSPL last season after they finished 10th in the league with 33 points, three above Montego Bay, who were demoted from the competition.

Taylor, who took control of the club from Michael Cohen at the end of last season, told The Gleaner that he has been working very hard in the preseason to ensure that the players are mentally and physically prepared for the start of the season.

“For me, as a coach, I am not willing to fight relegation because I am there to move the football club into a different place and into the minds of different people,” said Taylor. “In doing so, I will have to do a lot of work with the players, and as a football club, the mentality will have to change in order for us to move forward and not fight relegation for another season.”

“Everybody will have to be on board with the ideas that I am coming with and willing to participate for the club to move forward,” said Taylor, a former national striker.

Taylor, who will be coaching for the second time in the league, having done so with his boyhood team Harbour View, last season, underlined that it will be a huge challenge for him to change the culture of the organisation and to get the players and management staff to start believing that they can win the competition.

“We definitely want to be in play-offs this year, and we have some talented players, but the mentally is not right, and I am trying to change that,” said Taylor. “Once I get into the minds of the players and get them to believe in themselves and believe that they are not a relegation football club, then you will certainly see the difference on the field.

“My ambition is to win at all cost and I am going to put my best foot forward to make sure that this club is a top club in the league,” Taylor stated.