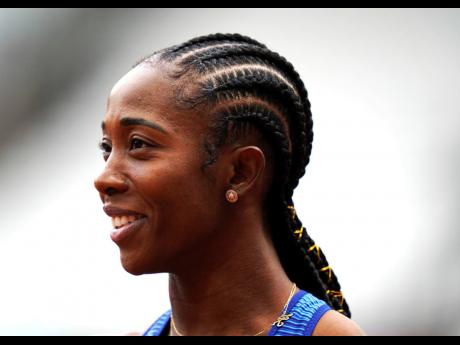 Memories of Usain Bolt’s performances in Berlin at the 12th World Championships have come rushing back this week, 10 years after he blazed to world-record times in the 100m and 200m.

A day after his epic run of 9.58 seconds, Shelly-Ann Fraser-Pryce sped to her first World title in the women’s 100m. Speaking in Birmingham, England, a decade to the day after her Berlin triumph over fellow Jamaican Kerron Stewart, Fraser-Pryce called it a surreal experience.

Asked for her memories of Berlin at an August 17 press conference, the three-time world 100 metres champion recalled, “I think it’s when I had my fastest start.”

She’s right as she spurted from the blocks fast enough to cover the first 60 metres in 6.88 seconds, 0.04 faster than the indoor world record of 6.92.

“I led from start to finish, but for me, it was one of those moments that I actually got to the Championships excited, looking forward to the competition, and I just got out of the blocks and I remember Kerron (Stewart) coming back at me and we both went 1-2,” Fraser Pryce reconstructed. “It was definitely a surreal moment for us.”

Now 32, the queen of the 100 metres is in Birmingham to face a stellar Diamond League field in the 200m. However, her real target is the September 27 – October 6 World Championships in Doha, Qatar.

“Honestly, my plan is to race when my coach wants me to race and to continue to train and not to get too comfortable,” said the recently crowned Pan Am Games champion. “You know, it’s still a long way to go and you can rack up a lot of wins on the circuit, but it all matters at the World Championships and that’s where my mind and my focus is.”

The 200 metres world champion herself in 2013, the Jamaican thinks that racing them now would be good preparation for Doha.