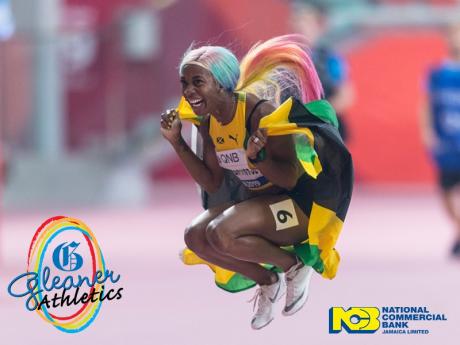 The American sprinting legend who held both the 200m and 400m world records, took to Twitter on Monday congratulating Fraser-Pryce, a day after she captured her fourth world title in the women’s 100m final at the IAAF World Athletics Championships in Doha, Qatar.

Johnson praised the achievements of ‘Mommy Rocket’ saying her career, since her senior global games debut at the 2008 Olympics, has made her the greatest of all time.

“We need to put @realshellyannfp 100m career into perspective. 2x Olympic 100 champ. Only 2 other women have ever done that. 4x World Champ 100. No other woman has ever done that. And 100m is one of the most difficult events to repeat as champion! Undisputed G.O.A.T. (Greatest of all time),” Johnson tweeted.

The other two women to have won the 100m Olympic title twice are Americans Wyomia Tyus and Gail Devers.

Fraser-Pryce has vaulted herself to legend status in sprinting after blowing away the field in Sunday’s final with a world leading time of 10.71 in her first major championships since giving birth to her son, Zyon, in 2017.

Her latest triumph, according to NBC Sports, makes her the oldest woman at 32 years old to win the 100m title and the first mother to claim an Olympic or World title in 24 years.

Although she did not feature in the 200m, she will be targeting a ninth medal in the 4x100m relay starting this Friday.