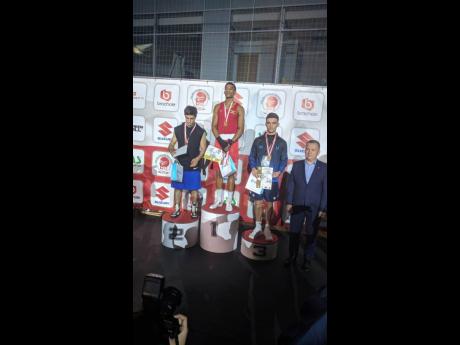 On his way to the final against Gashimov, Frazer, who is based in Canada, defeated Daniel Piotrowski from Poland in the quarterfinals and Sam Hickey from Scotland in the semi-finals. All three of his fights went the distance, and in an interview with The Gleaner last night, his father and trainer, Dewith Frazer, who runs a gym in Canada, said Joshua fought very well throughout the tournament.

“He was fast and used his hand and foot speed to good ­advantage,” Dewith said. “His jabs were on target, and he kept his opponents on the defensive most of the way. He fought smart and was dominant throughout. I was very pleased with how he performed.

“Joshua won easily, and there was never any doubt as to who was the winner. He won every round.”

Frazer, whose goal is to ­qualify for the Tokyo Olympics next year, is expected to compete in several other tournaments this year, among them the Caribbean Amateur Boxing Championships in Trinidad and Tobago in December.

The Leszek Drogosz Memorial International Boxing tournament, which is held annually, is named for Leszek Drogosz, one of Poland’s most decorated amateur boxers. He was a dominant figure in Polish boxing for many years and was a three-time European champion. Among the countries that had ­boxers in the tournament were Russia, Spain, Hungary, Ukraine, Scotland, Germany, Moldavia, and Lithuania.