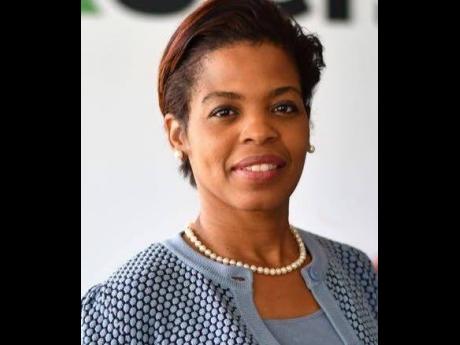 Haitian Cycling Federation vice-president Marjorie Guillaume says that if elected president of the Caribbean Cycling Confederation (CCC), she will develop the sport regionally by building what she describes as “viable and specific alliances” with other unions globally.

Guillaume will be challenging incumbent Trevor Bailey, of St Vincent, for the presidency at the CCC’s upcoming General Assembly in Havana, Cuba, on Saturday, November 2. She has worked with the sport’s global governing body, the Union Cycliste Internationale (UCI), based in France, in numerous roles including director of the cabinet of its president David Lappartient; its director of international relations; coordinator of UCI Solidarity and Emerging Cycling Countries Commission; and coordinator of UCI Marketing and Economic of Cycling Commission. She also served as Lappartient’s manager on his campaign for UCI presidency. However, she says that from her many travels around the world and seeing the operations of various unions in other regions, she has realised that the Caribbean is lacking structure in too many critical areas.

“I am from the Caribbean area and when I started to really dig into what the opportunities are, and what’s lacking here, that kind of took me to getting closer to the federation in my region,” she told The Sunday Gleaner. “We need to work with other partners. We need to work with other federations who are doing much, and have been able to grow. We need to work with them and to get out of that box where we are, to create value for what we are doing and attract sponsors and partner with other countries, because we are not the only union. There are other unions around the world that were created for the same purpose the CCC was created, except that these are moving ahead and we are lagging behind.”

Guillaume says that under the current CCC administration, regional cycling does not have the visibility it needs to gain sponsorship and fully market itself. One way she suggests solving this issue, is to create a regional race calendar, which does not exist within the CCC at the moment.

“We need to see the high potential of cycling in this region,” she said. “There are so many federations – 30 countries together have joined this union. That’s a lot when you think about the whole Pan American region having 44, 44 countries,” she stressed, “and 30 of which are from the Caribbean region. It’s way more than the majority. You hear about the others, but you don’t hear about us. We are the majority, but it’s almost like we’re behaving like we are the minority. We don’t get a fair share of resources either, because we don’t have the right representation.

“The CCC’s 30 national federations offer some of the most spectacular cycling destinations, but we need to first add value to what we do. If we have a calendar where riders and fans can know when the competitions are taking place, it’s easy to market it and project what you want to do.”

Guillaume says she will also focus on grassroots development, as it is crucial to cycling if the sport is to have a future in the Caribbean.

“Most of the times you go to races, you see the age range of our athletes. They’re quite high in Haiti. I have athletes who are 40 years old – four-zero! I’m happy to see them still riding, however, where is the investment in the youth? Where is this guy in the next three years? He’s 43 years old, I’m losing a rider. This is not only in Haiti, I’ve been to other races around the Caribbean and seen it there for myself. Most of these riders are family people and cannot ride professionally, 100 per cent. It’s just for leisure. If we are serious about this, then we need to invest in training camps for talent identification in different disciplines.”

The CCC will also be staging its 19th Caribbean Road Cycling Championships in Havana, Cuba in conjunction with its General Assembly. These races run from October 30 to November 4.