Published:Sunday | November 10, 2019 | 12:45 AMRobert Bailey - Gleaner WriterJohnson-Haughton, who was a member of the three-man committee for the past two years, resigned from the post last week. The other members of the committee are chairman Maureen Hall and Christopher Campbell. - âI donât think that my principles, views and visions are aligned, and so I have decided to separate from that committee, â Johnson-Haughton told The Sunday Gleaner. - 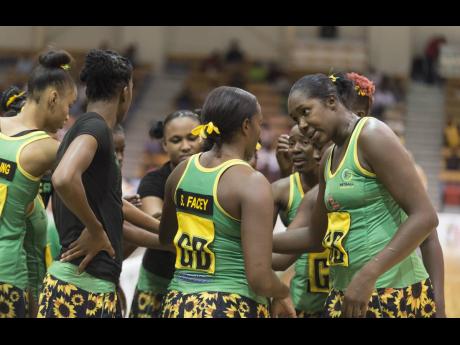 Former national senior netballer Janet Johnson-Haughton has decided to quit her post as a member of the Jamaica Sunshine Girls’ selection committee, noting that her views were no longer in line with Netball Jamaica (NJ).

It is understood that Johnson-Haughton decided to quit the post after a disagreement with the NJ board over their decision to reinstate a number of the senior players into the squad, after they failed to show up for a mandated NJ trials in September.

“It really was to maintain discipline in the sport and the compliance to the regulations, and so those things among other things which led to my decision. You have to have some discipline, to my mind, and that is how my approach is,” she said.

WILL REMAIN AS DIRECTOR

However, the outspoken Johnson-Haughton said she will remain in her position as director at NJ.

With the exception of goal shooter Romelda Aiken, who is now injured and defender Vangelee Williams, who is taking a one-year break from the sport, the vast majority of the Sunshine Girls team to the 2019 Netball World Cup were excluded from the training squad, which is currently preparing for Quad Series which will be held in England in January after they boycotted NJ’s trials stipulation.

It is further understood that during two recent meetings with the Sunshine Girls, which was attended by members of the selection committee and a few of NJ’s directors, Johnson-Haughton was very strong in expressing her disapproval against any decision to reinstate girls into squad.

However, a well-placed NJ source, who asked not to be named, said the association has so far not accepted Johnson-Haughton’s resignation.