Tanya Lee | A history of ball-tampering in cricket 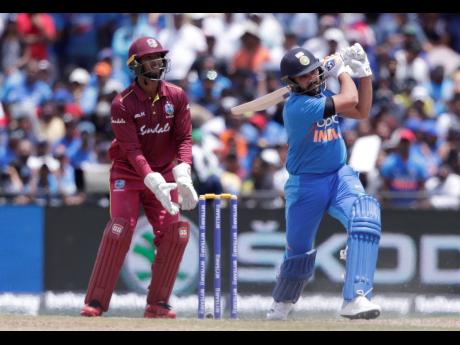 Lynne Sladky
Windies wicketkeeper Nicholas Pooran (left) looks on as India’s Rohit Sharma is dismissed with a catch by Kieron Pollard, off the bowling of Sunil Narine, during the teams’ first Twenty20 International match in Lauderhill, Florida, on Saturday, August 3. 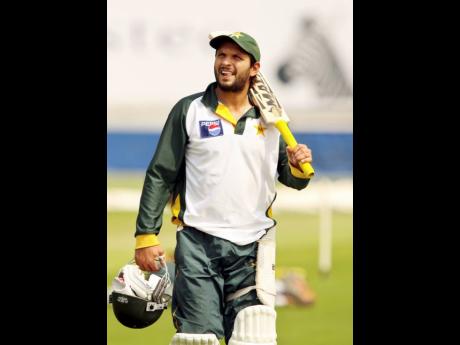 This week, Windies player Nicholas Pooran was found guilty of ball-tampering. He has since issued his deepest apology to Afghanistan, the minnow team that the Windies defeated 3-0 in their One-Day International (ODI) series.

Pooran was attempting to use his thumb to scruff the ball in the third and final match.

The 24-year-old has been charged with ‘changing the condition of the ball’. He will miss four Twenty20 (T20) International games for the Windies and five demerit points added to his record.

The Trinidadian made a valuable contribution of 67 runs off 50 balls to help the Windies to their first ODI series win in five years.

But Pooran’s actions, caught on camera, look oh so familiar. Cricket has been marred for decades by ball-tampering allegations and charges that have threatened the integrity of the game.

In ball-tampering, the aim is to make the ball rough on one side or smooth on the other, which makes it difficult for the batsman to read the ball on delivery.

A little birdie told me that hair gel, suntan lotion, petroleum jelly, lip balm, or even saliva are tried-and-true methods for smoothness. On the converse, fingernails, sandpaper, shoe spikes, bottle caps and zippers have all been found effective in achieving a rough surface.

Australia cricket was under fire in 2018 after captain Steve Smith, David Warner, and Cameron Bancroft were banned after a Test match against South Africa. Bancroft was caught on camera scuffing the ball with sandpaper. Smith later admitted, tearfully, that the plan was made by the “leadership group.”

And yes, there is money to be lost from ball-tampering.

They were banned for a year, thus missing out on millions in match fees.

They had to forgo the Indian Premier League, and an estimated US$1.68 million (around J$237 million).

Their sponsors, LG Electronics, Asics, and Commonwealth Bank all walked away. Cricket Australia’s sponsorship deal with Magellan Financial Group was terminated with over US$13,500,000 (almost J$2 billion) lost in sponsorship revenues.

In 1994, England captain Mike Atherton was found guilty of attempting to alter the ball with sand. Yes, he had stuffed sand in his pocket in a Test match against South Africa at Lord’s.

In 2010, Pakistan captain Shahid Afridi was caught by television cameras blatantly biting the ball in an ODI against Australia. His excuse? He wanted to see how it smelled, in the heat of the moment!

Even cricket’s ultimate poster boy, Sachin Tendulkar, has had his fair share of ball-tampering issues. The legendary India batsman was found guilty based on television footage during the second Test against South Africa in 2001 where he was shown “removing grass from the ball”.

Match referee Mike Denness, who, incidentally, is a former England captain, banned Tendulkar for one match. The ban was appealed and the International Cricket Council eventually decided Tendulkar’s actions were as a result of cleaning the ball without the umpire’s permission rather than actual ball-tampering. His ban was overturned. I suppose he did not attempt to cheat.

Under law 42, subsection 3 of the Laws of Cricket, the ball may be polished without the use of an artificial substance, may be dried with a towel if it is wet, and have mud removed from it under supervision; all other actions which alter the condition of the ball are illegal. These are usually taken to include rubbing the ball on the ground, scuffing it with a sharp object or tampering with the seam of the ball.