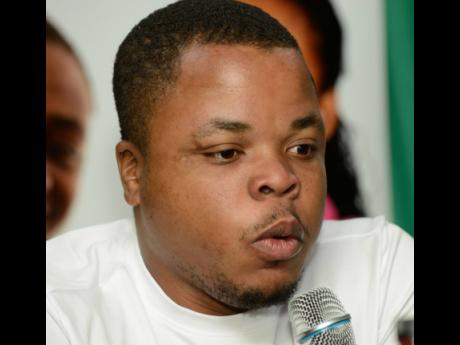 With one round completed in the Red Stripe Premier League (RSPL), the table looks to be taking on a truer shape as teams jostle for positions in the top six and to stay above the dreaded drop zone.

Among the teams in these two battles are Cavalier FC and UWI FC, which meet today at the UWI Bowl. Cavalier are moving south with a view to arresting that slide, while UWI FC are moving north and are intent on maintaining that form.

“We have slipped from the top six so we are not comfortable where we are,” was the blunt assessment of David Laylor, assistant coach of Cavalier, as he looked towards today’s game.

“Our plan is to be in the top four consistently or at worst the top six. We have to get back there,” added Laylor, whose team’s 14 points place them two behind sixth-place Harbour View and five behind fourth-place Arnett Gardens, which defeated them 4-2 on Sunday last.

Laylor is of the view that both the top six and top four are within reach once they execute.

Like Laylor, UWI FC’s Andrew Peart is looking for big things from this game. The ninth-place UWI FC registered their first win in 10 games when they got the better of first-round flyers Molynes United.

“This game is big for us. We had our first win in 10 last week and want to challenge ourselves to maintain that positive performance and result,” Peart said.

“The last three games we have drawn two and won one so that is positive in a topsy-turvy environment,” he continued.

Prior to last week’s win, UWI FC had a record of one win, five draws and five losses. Even with that run, Peart said his team was not far away from the pack and now they are just a win from matching Cavalier on points.

“We are very optimistic about our chances and have always been confident but what we struggle with is that in the key moments we make mistakes which are punished. We have to minimise them,” he added.

The last three games have provided some positives for UWI FC, according to Peart.

“I must commend the team in that in the last three games we have fallen behind but have still managed to come away with points. This suggest that the team has developed the fighting spirit required to be competitive in this league.

BY FIGHT, NOT STRATEGY

“A lot of the games are not won on strategy, but by fight, and I am confident that with that spirit and the leadership and experience of Amal McKnight, Fabion McCarthy, Zhelano Barnes, Taneil McKenzie, and Damano Solomon we will do well,” Peart added.

The Wembley Centre of Excellence will see a clash of the promoted teams, where bottom-of-the-table Vere United will host third-place Molynes United. While Molynes United are in a much better place on 20 points, seven behind leaders Waterhouse, and two behind the rising Mount Pleasant, they should be worried as they have not won in six games.

Vere United with one victory have won the fewest games and are in serious danger of going down if they do not arrest this serious slide.

This clash against fellow newcomers Molynes, a team struggling to return to winning ways, offers them an excellent opportunity to regain competitiveness.

Harbour View, after going down to an unfortunate 1-3 loss to leaders Waterhouse last week, will this week have their first home game under new coach Damion Williams. Eighth-place Dunbeholden are just five points off the relegation zone and will want to record a second successive win as they seek to pull away from the wrong half of the table.

Effortville should be the site of a tough battle as the rejuvenated Humble Lion, following their late collapse against Mount Pleasant Academy, will be counting on home advantage to help them as they aim to get the better of leaders Waterhouse.

Humble Lion are a reasonable fifth on 18 points but the further points, especially if Harbour View beat Dunbeholden, could see them slip to the edge of the top six, while Waterhouse will be aiming to keep imposing their will on the opposition.

Fifteen points and a -4 goal difference is not the reading local fans would expect to see of defending champions Portmore United after 12 games in the season. Their quest to get to a more familiar and respectful position will not be helped by the opposition Mount Pleasant Football Academy. The visitors, who are in their second year in the season, have now found a winning formula under coach Paul ‘Tegat’ Davis, and will be looking to extend their winning run.