Ljungberg starts at Arsenal with draw 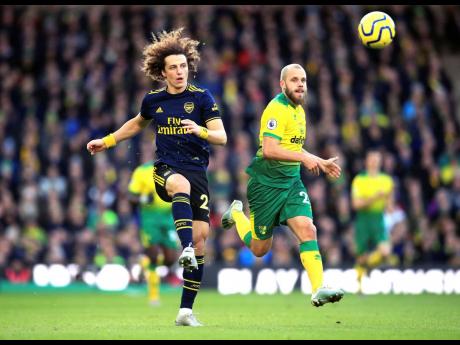 Interim Arsenal head coach Freddie Ljungberg got off to a rocky start as a double from Pierre-Emerick Aubameyang salvaged a 2-2 draw at Norwich in the English Premier League (EPL) yesterday.

Arsenal’s first game since the firing of Unai Emery extended their winless run to an eighth match in all competitions.

Instead of a morale-boosting win over a team second from last in the EPL, Arsenal had to come from behind twice just to draw in their first game since Unai Emery was fired.

Norwich snatched the lead in the 21st minute with Teemu Pukki’s deflected shot.

Arsenal seemed to have wasted a chance to level when Aubameyang’s penalty – awarded for handball by Norwich’s Christoph Zimmermann – was saved by Tim Krul. But VAR caught Max Aarons encroaching on the penalty area as the kick was taken, and Aubameyang scored at the second attempt.

Arsenal went into the interval 2-1 down when Todd Cantwell scored in first-half stoppage time off a pass from Onel Hernandez. Cantwell has made a habit of scoring against bigger clubs, with three of his four EPL goals this season coming against Arsenal, Chelsea and Manchester City.

Aubameyang levelled the game for a second time when he scored on a rebound in the 57th minute. Norwich nearly took the lead again soon after but Cantwell hit the post.

Manchester United are another big club struggling this season, and that continued in a 2-2 draw with Aston Villa.

Even by the standards of recent Manchester United seasons, this one is looking disappointing.

United failed to find a cutting edge in their draw with Aston Villa, whose defender Tyrone Mings played a vital role with a goal.

United’s first goal was a header from Marcus Rashford that went in off the post and goalkeeper Tom Heaton, who was unfortunate to be credited with an own goal.

United are ninth and have won just two of their last nine games in the EPL.