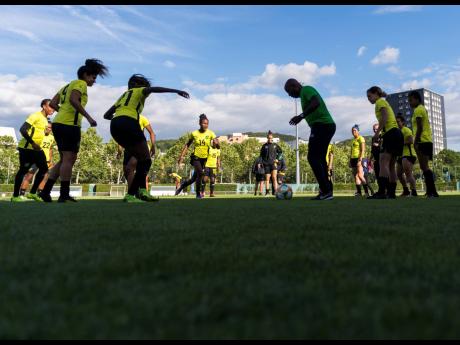 Menzies, who guided the Reggae Girlz to their first ever participation in the FIFA Women’s World Cup last summer, officially resigned from the post on Tuesday because of an ongoing payment dispute.

In a statement released yesterday, Menzies said that the failure to compensate him and his staff as well as a lack of communication made the situation untenable.

“It is with regret that I officially announce that I will be stepping away from [the] JFF,” the statement read.

“Five years ago when I began this journey of fielding and training, on a volunteer basis, an incredible group of talented young ladies, no one expected that they would end up in the World Cup, certainly not the Jamaican Football Federation. But at this stage, the JFF has created such an impossible environment within which to continue, which has the entire programme now at risk. The JFF has ceased communications with me, which makes it impossible for me to carry out my duties as head coach.”

Women’s football coach Charlie Edwards, who won multiple Women’s league titles with the now defunct Barbican FC Women’s team, agrees with Menzies. He is familiar with the state of the women’s senior programme before team benefactor, Cedella Marley, of the Bob Marley Foundation, revived it and says that there might be repercussions from Menzies’ departure.

“As to whether we are really in a crisis now, we could fall into one because our women’s league is already struggling,” Edwards said. “I think there are going to be ricocheting effects down the road from [the] resignation.”

Edwards is calling for the JFF to do everything it can to ensure the programme’s longevity.

“I’m hoping that there are enough people inside there [the JFF] with enough common sense to know that we need the programme and that we will keep it going somewhere. What I do believe is that the programme needs a lot more attention, a lot more focus from the members of the JFF,” he said.

The relationship turned sour in early September when Menzies and his back-room team demanded that they be paid all outstanding monies owed to them before the start of the Concacaf Caribbean Olympic Qualifying tournament later that month. They threatened not to coach the team if the matter was unresolved by September 25. Simultaneously, the Reggae Girlz voiced their refusal to play in the tournament, via social media, until their financial obligations were satisfied by the same deadline.

In its response, the JFF said that it would not be able to pay the staff by said deadline but would honour its commitments by the first week in October.

Assistant coach Lorne Donaldson eventually took charge of the team during the qualifiers, with the door open for Menzies to return if the outstanding issues were resolved.

The statement criticised the JFF for still not meeting their obligations.

“In good conscience, I cannot helm an organisation that asks my people to work under these conditions,” it said.

Menzies went on to thank Marley and former JFF president, the late Captain Horace Burrell, for the opportunity to lead the programme as well as his staff and players for their contribution.