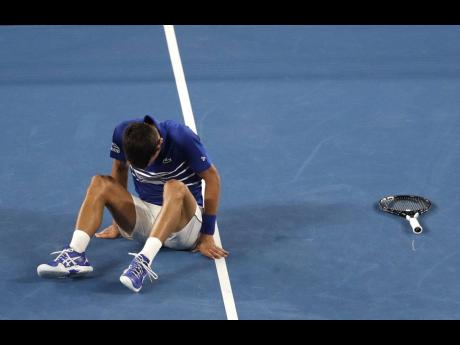 Visiting Jamaica for the holidays with his college colleague Jacob Bicknell turned out to be fortuitous for 22-year old Felipe Sarrasague as he came out as the men’s champion in the Jamaica National Bank Open Tennis. The competition, which ran from December 14-21 at the Liguanea Club in St Andrew, finished with the Argentinian beating Jacob’s brother, Blaise, 6-4, 6-2.

Sarrasague, who has just graduated from Elon University in North Carolina, where he was a finance major, told The Gleaner that tennis is his first love and that he is planning to join the professional circuit shortly.

He has been playing the game for a long time and was once rated as high as 790 by the International Tennis Federation. He is now at 1,670, but predicted that he would move to ‘about 1,200, shortly’ based on recent performances.

The victory in Jamaica meant a lot to him he said, especially as it was on hard courts since he has been playing mostly on clay. On his way to the final, he defeated the No. 1 seeded player, Jamaica’s Rowland ‘Randy’ Phillips, in the previous round.

Blaise was on fire at the start of play and quickly surged into a 4-0 lead, using a scorching forehand as his main weapon. Sarrasague found his range at this stage, however, and never looked back. He won six straight games to take the first set 6-4 and then was on cruise control in the second set, after breaking Blaise early.

Sarrasaque said that he had problems adjusting to the light in the early stages of the first set, but once he had sorted out that problem, he was able to take over and control the match to the end.

Foster played cautiously to get the better of her opponent, Nevins, in the first set. With that set in the bag, she was more aggressive in the second, and an early break allowed her to dominate her opponent.