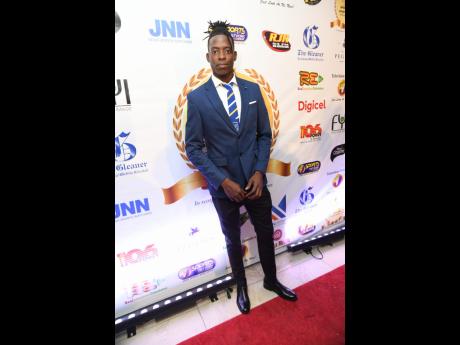 The award is Fraser-Pryce's fourth of her career and capped off a triumphant return to the track last season after the birth of her son Zyon in 2017. She won her fourth 100m world title, the most of any women's sprinter, in a world leading time of 10.71 seconds at the World Athletics Championships in Doha, Qatar.

In addition to her 100m success in Doha, Fraser-Pryce also helped Jamaica to gold in the 4x100m and also took the gold medal in the 200m at the Pan American Games in Lima, Peru.

She also won the People's Choice Performance of the Year award for her 100m gold medal run in Doha.

Quarter-miler Shericka Jackson was named first runner-up, after her 400m and 4x400m bronze medals at the World Championships and her role on Jamaica's women's 4x100m gold medal winning team also in Doha. Jackson also won gold in the 400m at the Pan American Games.

Gayle became the second long jumper behind James Beckford (1995, 1996, 2003), to win the National Sportsman of the Year award, after his national record 8.69m gold medal-winning jump at the World Championships.

Gayle's distance makes him the 10 longest jumper in history.

Meanwhile, following his success in 2018, Dacres, the World Championships discus silver medallist, was named as the first runner-up this time around, after his silver medal in Doha and his gold medal at the Pan Am Games. He also set a new national record with a 70.78m.

The Victoria Mutual Building Society (VMBS) YOUTH Award was presented to 12 year-old go-karting sensation John Alexandre Powell, who won the ROK Super Final in the Mini category in October 2019, while assistant referees Princess Brown-Muir and Stephanie-Dale Yee Sing, who both officiated at the FIFA Women’s World Cup, highlighted by their semi-final assignment between Sweden and The Netherlands, were jointly presented with the Chairman’s Award.