Scorpions under pressure against Volcanoes 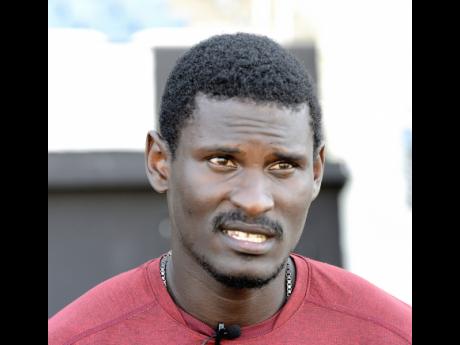 The Jamaica Scorpions were fighting back at the close, but the Windward Islands Volcanoes ended day two on Friday, in a dominant position in their Regional Four Day game at Sabina park.

Replying to the visitors' 387, the Scorpions were on 203 for 7 at stumps, still needing another 38 runs to avoid the ignominy of possibly being asked to follow for the second game in a row.

Resuming the second day on 315 for 5, the Volcanoes could only manage another 72 runs before they were all out.

Left arm spinner Patrick Harty grabbed three late wickets to finish with 3 for 65. Derval Green ended with 3 for 73. There were two wickets each for Markino Mindley and Nicholson Gordon.

In their turn at bat, the Scorpions found run scoring difficult in the early exchanges, against a disciplined and persistent Volcanoes attack.

Assad Fudadin 7, John Campbell 19, Jermaine Blackwood 3, Nkrumah Bonner 11, and Aldane Thomas 12, all fell cheaply. It took a mature and composed 54 from the in form Paul Palmer Jr to prevent the Scorpions from totally capitulating.

Jamie Merchant mixed good defense with some entertaining shots, while contributing 21. Derval Green played one of his more responsible innings for the Scorpions. He scored his second half century in succession with an even unbeaten 50. He has so far shared in an unbroken 8th wicket stand of  44, with Mindley who will resume today on 13.

Sherman Lewis took 2 for 52, Josh Thomas 2 for 34, while Preston Mcsween, Kaveem Hodge, and  Keron Cottoy all took one wicket each.