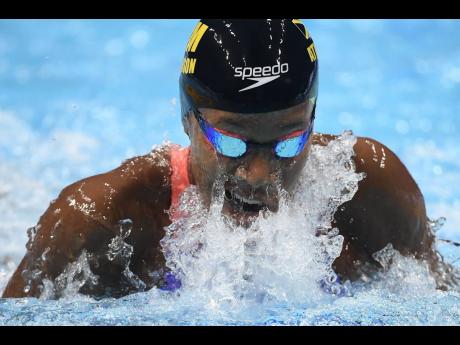 Atkinson, the short course world record holder, placed second in the 50 metres breaststroke in 30.44 seconds. Molly Hannis of the United States took gold in 30.34, while Italy’s Martina Carraro, who won the event in Shenzhen, placed third in 30.79.

Atkinson is coming off back-to-back third-place finishes in the 50m and 100m breaststroke in the first meet of the series in Shenzhen, touching the wall in the latter event in 1:08:15. Carraro followed up her 50m win with 100m gold in 1:06:85.

While Atkinson is yet to register a win in the series, she has taken her total medal tally to three, landing two bronze and one silver and increasing her total winnings to US$20,000 (approximately $J2,676,996).

The 31-year-old Atkinson is using the invitational series as preparation for this year’s Olympic Games in Tokyo, Japan, in July.