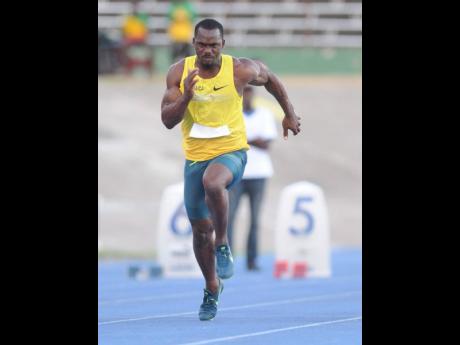 Olive McNaughton, director of the Queen’s/Grace Jackson Meet, has lamented the lack of sponsorship for Saturday’s event, which takes place at the National Stadium at 8:30 a.m. But McNaughton said that despite challenges, all is set for what she expects to be a good day as most of the top high school teams will be present.

“We have a little challenge with sponsorship as one of our main sponsors who pays for the use of the Stadium has pulled out,” she said. “This is sad as we are the only all-girls school team that puts on a meet like this, and the sponsors would prefer to support male schools who are putting on meets.

“However, the meet has been well supported as over 100 teams will be on show as athletes from top clubs and institutions, along with top high-school female teams from Hydel High and St Jago High, will be there while Kingston College, Calabar High, Jago, and Jamaica College, among the boys, will be on show.

The meet will be one of three on the Jamaica Athletics Administrative Association’s (JAAA) calendar tomorrow. The day will start with the Class Three Boy’s 400m heats and later in the day, reigning World IAAF Under 20 double-sprint champion Briana Williams, who recently turned professional, will compete in the women’s 60m invitational event.

“We will be trying to unearth new stars as this is the meet that has done so in the past,” McNaughton said. “That’s the reason we have invited the likes of Briana to compete here and also former high school star Shauna Helps, who has graduated from university and is now working out with MVP Track Club.

“On the men’s side, veteran Nesta Carter, who was one of those who was first to compete at the meet, will also be competing in the men’s 60m invitational. He is one of the several who will be hoping to make the team to the Olympic Games this year.”

Also down to compete in the women’s 60m are Sprintec Track Club duo of Natasha Morrison and Shashalee Forbes, as well as MVP’s Kedisha Dallas, and Jodean Williams of UWI Pelicans.

Carter will have Sprintec’s Brendon Rodney, Oshane Bailey, Everton Clarke, Andrew Fisher, and Chadic Hinds to contend with on the men’s side.