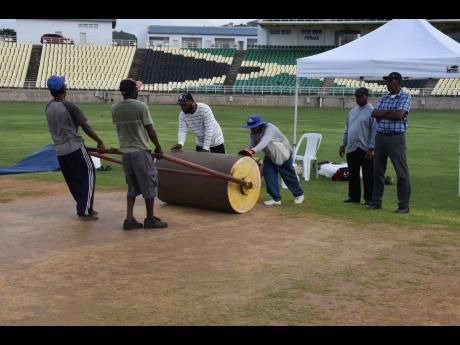 The parish of Trelawny is now preparing for the return of regional cricket to the Trelawny Multi-purpose Stadium. The venue will host two Regional Four Day Championship games this month.

Jamaica Scorpions will play the Leeward Islands Hurricanes in round five from February 14 to 17, before hosting Guyana Jaguars in round six, February 27 to March 1.

It will be the first time in 11 years that the ground will be hosting four-day cricket. It has staged five other first-class matches – two involving international teams touring the Caribbean, and three West Indies ‘A’ matches.

The 25,000-seat stadium, which was completed in 2007 before the ICC Cricket World Cup, has hosted only one previous West Indies Championship match. Windward Islands defeated hosts Jamaica by three-wickets in 2009.

President of the Trelawny Cricket Association Chester Anderson says they are making every attempt to attract fans for what could be a weekend revival for cricket in Trelawny.

“The effort to get the game here is something I am very impressed with. Although we have had other games such as the Pakistan and Sri Lanka ‘A’ teams, as well as Women’s cricket here, we have not really taken off as a venue that hosts international cricket. This is an opportunity and I’m happy to know we are now getting the attention needed,” Anderson said.

Pitch curator Samuel Plummer, who was brought in over a week ago, said he started work immediately on what he described as a good pitch

“Although plenty of high-level cricket hasn’t been played here, doesn’t mean the pitch is not in good condition,” he said. The veteran curator, with 36 years’ experience, said the pitch is “Test class” and any batsman can be comfortable against any bowler.

“There are two things you look for, the quality of the clay and the amount of water put in preparation. This pitch can last for five days …” Palmer said.