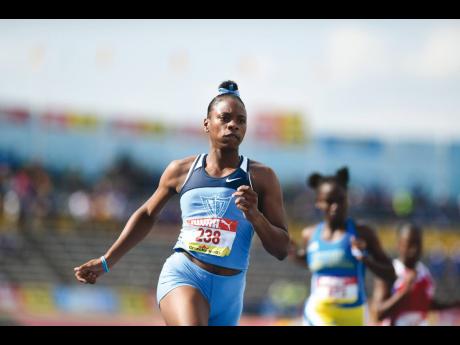 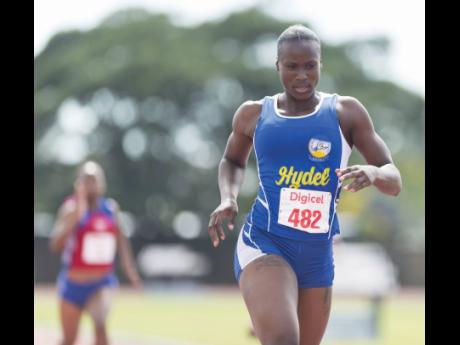 THE ISSA/GraceKennedy Boys and Girls’ Athletics Championships is less than six weeks away and fans will get a preview of what will happen among the girls teams, as the three of the top contenders will clash over the next two days, when the Digicel Central Athletics Championships gets under way at the G.C. Foster College of Physical Education and Sport, starting at 8:15 a.m. today.

Female teams from central Jamaica have ruled the roost at Girls Champs for years, and once again it should be no different as defending champions, Edwin Allen High, who are also defending Central champions, along with St Jago and Hydel are primed to battle it out one again for top honours and provide a precursor of what is to come at the March 24–28 Championships.

Edwin Allen will be hoping to make it 11 straight wins, but will have their hands full this time around as both St Jago and Hydel, are legitimate challengers. Any of the two could spoil the Edwin Allen party over the next two days and continue that momentum going into Girls Champs.

The Michael Dyke-coached Edwin Allen team is hitting stride after a slow start to the season, while Hydel and St Jago have been in dominant form throughout the campaign so far.

This is especially true for the rejuvenated St Jago team, which seems to be the most all round team so far, with their middle distance programme stepping up a notch this season.

One of the highlights at Central Champs could be the clash of the two fastest high-school girls tomorrow, when Edwin Allen’s Kevona Davis will be making her first appearance in Class One, where she will come up against the defending champion, Hydel’s Ashanti Moore, in the 200 metres.

Davis will not be competing in the 100 metres at the meet, while it is likely that Moore will double; and after a superlative run at the St Elizabeth Technical Invitational on grass, where she produced a zippy 22.86 seconds, fans are eagerly anticipating her clash with Moore.

On the male side, St Jago should continue on their merry way and capture yet another title.

Since competing at these championships, the Monk Street-based team has never lost the championship and it will take something extra special from the likes of Garvey Maceo, Manchester High and company to deny them another title.

The first event on the track will be the finals of the 2000m steeplechase for girls at 8:45a.m. to be followed by the Boys’ 15 minutes later. Twenty-four finals, 16 in the field and eight on the track, are down to be contested on today’s opening day of competition.