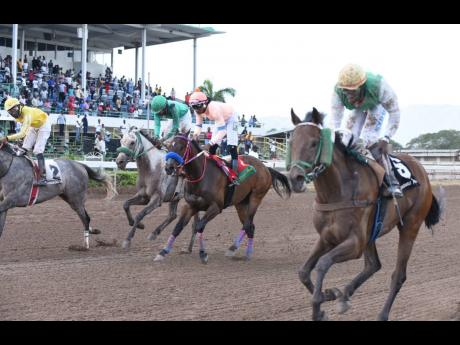 Sharpe said at the press launch yesterday that there will be quarterly incentives for owners, trainers, jockeys, and grooms.

“We are definitely expecting a big turnout,” he said. “Our patrons are very smart and they love the kind of races that we have on offer with additional incentives on the day.

With us continuing with the exacta promotion, there is nowhere else to be than Caymanas Park on Ash Wednesday.”

United Racehorse Trainers Association of Jamaica president Ryan Darby said they are very happy for the new incentives but he is calling on the Government to put more resources into the racing industry.

“They have been very creative with some new plans that they are coming with and we are supporting them with this,” Darby said. “However, we would like to talk about the main purse, which is the yearly purse increase on a separate basis, because this is very important to trainers and owners.

“We would like the Government to see what incentives it can put into racing, not for Supreme Ventures, but racing. Racing has been supporting employment for the 14 parishes in Jamaica and it supplies entertainment for the entire Jamaica.”