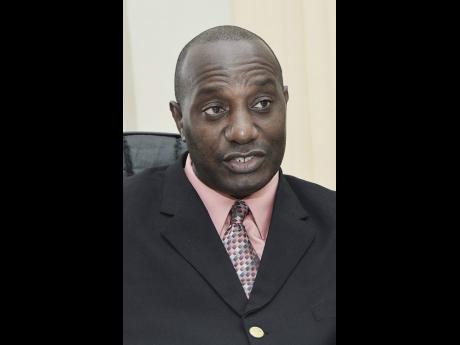 Michael Dyke, head coach of defending Girls’ champions Edwin Allen and Dave Myrie, principal of Kingston College, the Boys’ champions from 2019, both expressed disappointment at the decision to cancel this year’s ISSA/GraceKennedy Boys and Girls’ Championships due to the presence of the coronavirus in Jamaica.

Despite being in agreement with the decision, both officials pointed to the lost opportunity for final-year student-athletes to put themselves in the shopwindow for scholarships and other opportunities as the major issue coming out of the situation.

The Government yesterday announced the cancellation of the high school athletics championships after confirming the island’s first case of the deadly virus, which has, so far, taken over 4,600 lives across the world. A second imported case was confirmed by the Ministry of Health yesterday.

Myrie said the cancellation of the championship, which was scheduled for the National Stadium, March 24 to 28, is an obvious disappointment and a big loss, especially for final-year students.

He, however, underlined that the health and well-being of students and the nation’s citizens must be of paramount importance.

“From an athlete standpoint, they will be disappointed, they have been training for months now. The final-year athletes looking scholarships will be impacted as a lot of them depend on ‘Champs’ and ‘Penn’ for colleges to see them, talk to them and offer them ­scholarships, so obviously, it would be disappointing,” said Myrie, referring to the Government’s decision to also ban schools from competing in the Penn Relays in Pennsylvania, USA.

“But we understand as the overriding thing is the health and well-being of everybody and that has to take precedence over everything else. So in spite of the disappointment, I have no problem with the decision because you don’t want to have the event and have mass contamination or persons being infected,” Myrie added.

Dyke was also accepting of the decision despite the setback for some of the athletes.

“Everybody is really disappointed because I just had a meeting (yesterday) with everyone, and they understand what is ­happening, so persons are not really down at this time as health comes first and we have to work with the authorities,” Dyke said.

He noted that he would have also supported a closed-door championships.

“We are very concerned about the final-year students who would be anticipating scholarships.”

An emergency meeting of the Jamaica Track and Field Coaches Association will take place today, with the Champs ­cancellation expected to figure prominently in the discussions.