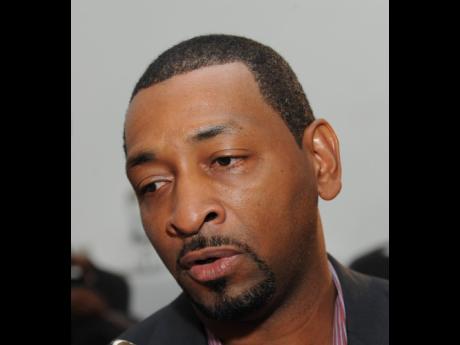 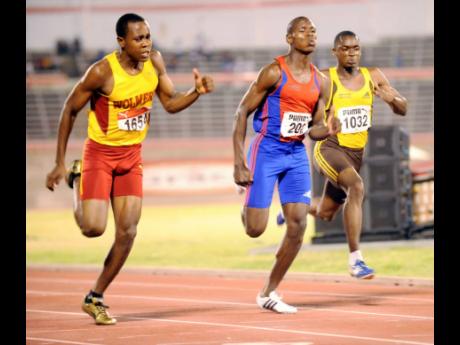 Ricardo Makyn
Wolmer’s Julian Forte (left) wins the Class One 100 metres final at the 2010 ISSA/GraceKennedy Boys and Girls’ Championships with a time of 10.49 seconds. Camperdown’s Jeffery Joseph (centre) was third in 10.55, while Old Harbour’s Kemar Bailey-Cole (not in picture) finished second in 10.71. Manchester’s Brandon Tomlinson (right) came sixth in 10.95.
1
2

Remarkably, a decade has slipped past since the historic 2010 ISSA/GraceKennedy Boys and Girls’ Championships. Lest you forget, Holmwood Technical denied a stout challenge from Edwin Allen High while Wolmer’s Boys won a thriller that went down to the last race of the meet, the 4x400 metres relay. A March 26 chat with David Riley who was coaching at Wolmer’s ten years ago revealed a key factor in how that race was run in the 100th staging of the greatest high school meet on earth.

Despite the Edwin Allen resistance, the Maurice Wilson-coached Holmwood team got across the line with no last event drama with a score of 273.333 points to 258 for Edwin Allen. The Championship margins were thinner on the boys side. Wolmer’s and Calabar High were level on 198.5. In assessing the 4x400m, Riley recalled, “We were second at Gibson, lost to Vere and that still wasn’t the best team we could put together so we knew, us versus Calabar, last race, there was no chance of Calabar beating us except if something happened to one of our athletes in the race.”

Calabar had no finalists in the 100m, 200m and 400m in either Class One or Class Two and the reliable CHAMPS PREVIEW had picked Wolmer’s for second in the 4x400m behind Gibson Relay winners Vere Technical with Calabar just fifth.

“When I realised that all we needed to do was beat Calabar to the Championship, I remembered 1991 Champs,” he said. In that climactic edition of Boys Championships, Calabar kept close to Jamaica College in the 4x400m and went home with the symbol of supremacy in high school athletics, the Mortimer Geddes Trophy, but lost the title after a Sunday points recount.

“It was no longer about just placing ahead of Calabar, we wanted to distance ourselves from Calabar so I changed the team,” Riley revealed.

The safeguard was to put Class One 100/200m winner Julian Forte on the second leg. The team came second to Vere in the final and with Class One 400m champion Dwayne Extol running a mature anchor leg, Wolmer’s had won their first Boys Champs title since 1956.

It was a victory Riley, who now coaches at Excelsior High School, had envisaged for a year. Asked in 2009 by then Wolmer’s headmaster Dr Walton Small about the school’s Champs chances in 2010, Riley replied, “We have a team that I think can score 200 points. It’s just a matter of whether the other teams can score over 200. If they can’t score over 200 points, then we’ll win.”

He was right. Those who thought Shericka Jackson, Danielle Williams, Natoya Goule, Kemoy Campbell, Omar McLeod, Traves Smikle, Kemar Bailey-Cole and Forte would go on to be senior internationals were right too. They all performed well at Champs 10 years ago.