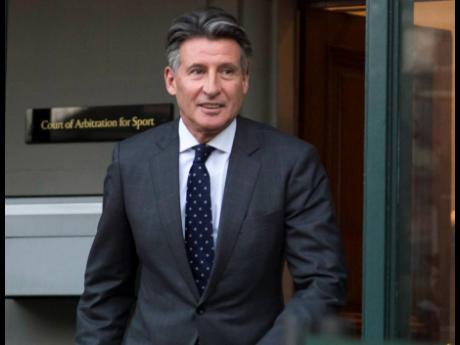 THE DATE of the next world track championships is in limbo until the International Olympic Committee (IOC) decides on a new schedule for the postponed Tokyo Games.

Sebastian Coe, the Olympic great who is now president of World Athletics, said yesterday there are plenty of options for rescheduling next year’s world championships in Eugene, Oregon, but, at the moment, they all depend on the IOC.

“The International Olympic Committee, from our discussions, and the one-on-one discussions that will have already started this morning, are conscious that they need to make that decision quickly. We need athletes with some certainty,” Coe said in an online video conference call.

“And of course, the rest of the jigsaw doesn’t make a great deal of sense until you’ve got the one big centrepiece in there, and then we can start building constructively around the edges of it.”

The Olympics were postponed on Tuesday because of the coronavirus pandemic, with the IOC saying the Tokyo Games would now take place sometime in 2021. Although it’s likely the Games will be pushed back to the same slot in 2021 as it would have occupied this year, that decision hasn’t yet been finalised.

Coe was one of the most influential sports leaders to call for the IOC to delay the Games, sending them a letter on Sunday a few hours before the Olympic body announced it was considering postponement.

The two-time Olympic champion in the 1,500 metres said he was on a conference call with the IOC and dozens of other sports federations on Thursday, with each making their case for their preferred rescheduling dates.

For many sports, including track and swimming, the Olympic postponement plays havoc with their own events. The track worlds were supposed to take place next year from August 6-15 – dates that are likely to fall within the rescheduled Olympics.

But Coe said pushing the normally biennial worlds in Eugene to 2022 and creating a long stretch of having a global track championships every summer is possible, and maybe even a good thing.

“It would offer athletics centre stage at a very public point of the year. So let’s look at it from a slightly optimistic way of being able to punch our sport into the homes of many more people over a four-year consecutive cycle.”

The 2025 world championships, which haven’t yet been assigned a host, would stretch that to five straight years.

In any case, a reshuffled schedule would likely include Eugene forfeiting the Worlds in 2021 and hosting them in 2022.