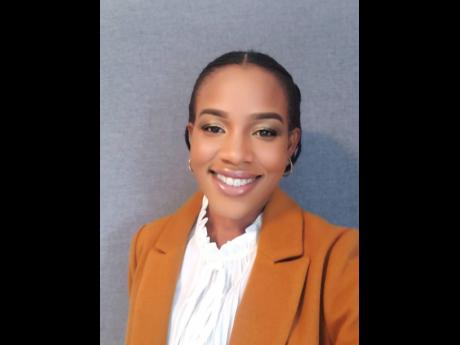 As athletes continue to navigate a new reality of limited training and no competition due to the coronavirus, sports psychologist Olivia Rose believes that maintaining mental discipline, as well as their mental health, will be critical in dealing with the effects of their respective seasons being placed on hold.

The pandemic has caused sporting events around the world to be postponed or cancelled, requiring athletes to significantly adjust their training schedules, while practising self-isolation methods, in order to protect themselves from being infected.

As their normal routines have been severely altered, Rose says that they will have more of a responsibility to keep up their fitness.

“Adjusting to these new norms for people in general and especially those in sports, what’s going to happen now is that they are going to rely heavily now on their mental strength, mental muscles (and this is) where discipline comes in,” Rose told The Gleaner.

“This is were the integrity of the athletes’ is going to be tested because there is nobody there to say that you are not doing this correctly.”

In stressing athletes own responsibility in this vein, she says: “For a professional athlete, attending training is every essential and doing the things as instructed by your coach is also very crucial. Especially in a team-based sport, it is easier to do the things when you have the support of other people around you doing the same thing,” Rose noted. “Now that whole dynamic has changed,”

In addition to keeping to an individual training regimen, Rose believes in positive ways of dealing with the current anxiety including safe spaces to discuss their experiences during this period. With video chat being a helpful aid in the current climate of social distancing, she believes that it will enhance their mental health and prevent rhetoric from creeping in.

“I still have Zoom sessions with athletes because just talking things through and devising healthy coping mechanisms and not engaging in catastrophic thinking are very critical things to do right now,” she said. “This is why psychological support during these times is [important]. We all don’t process things in the same way and we need to be mindful of our difference and our differences in coping.”

Rose also says that athletes are allowed to feel frustrated that their plans for competition have been upended although they do understand the conditions by which they were altered.

While athletes were in general agreement to the decision to postpone the Tokyo Olympics until 2021, she says that the stance does not mean that they are less frustrated by the circumstances.

“They are understanding and they are socially aware of what’s happening but it doesn’t mean and it doesn’t take away from their disappointment and sadness and feeling hurt about the situation.”