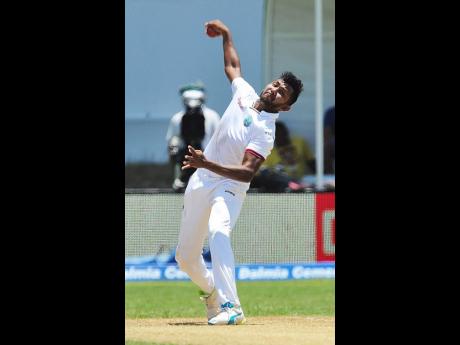 The 34-year-old last appeared for West Indies in two Twenty20 Internationals against England in St Kitts a year ago and has struggled with form and fitness ever since.

Bishoo featured in only three matches for deposed champions Guyana Jaguars in the just-concluded domestic first-class championship, picking up just five wickets, but said that he was hampered by recovery from a knee injury.

“Remember, I’m just coming back from injury, and stuff like that, but I feel the last match in Grenada, I bowled well.

It’s not my standard and where I wanted to be, but as I say, I had an injury and you can’t push it too much.”

Bishoo claimed three wickets in the first innings in that game as Jaguars drew with Windward Islands Hurricanes at the National Stadium.

In the second innings, he went wicketless from 17 overs, proving ineffective as the home side batted the entire last day courtesy of centuries from veteran opener Devon Smith and captain Kavem Hodge.

Bishoo has not played a Test in 17 months and has not featured in a One-Day International in a year, leading to speculation about the possible end of his playing career.

He grabbed 15 wickets from eight Tests in 2018 and managed just seven scalps in his last 12 ODIs over a 12-month span.

However, Bishoo believes that once he fully overcomes his knee injury and performs well in the next first-class season and Super50 Cup, he can force his way back into the international side.

“I have all year to prepare. I just have to stay focused and train hard as I normally do and do well when I get the opportunity again,” he said.

“The recovery is coming along well but very slowly. It’s [a] knee [injury], so you have to really take your time and take care of that. It’s just a slow process.”