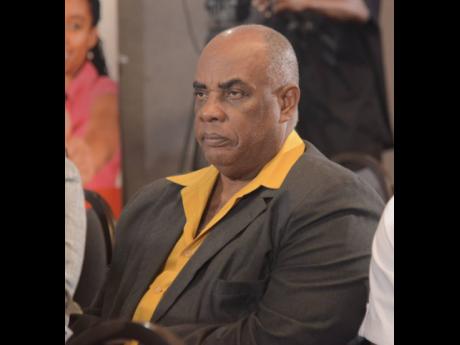 As the COVID-19 pandemic takes its hold on the citizens of our fair island, the lack of sports, live and on television, is making “tan-a-yuh-yard” very difficult.

However, this pause in the life of a sports fan gives some of us time to look at the quality of leadership of some of the sporting organisations that will be representing us on the international stage when “life” returns to normal.

The introduction to the island of a Chinese coach and a positive response from oldsters who longed for the good old days of inter-club table tennis that gave rise to the Wilfost Aces and the three Fosters – Maurice, Dave, and Joy – as well as our Furnando Roberts, Sammy Wright, etc, led some of us to believe that a revival was imminent.

We also had as our national champion Orville Haslam, who readers may recall was at one time rated as number 3 in England and number 7 in Europe.

The current president of the Jamaica Table Tennis Association, Godfrey Lothian, has held the reins of power since 2013, but the continued dominance of the Dominican Republic in regional competition and our persistent poor showing in these championships have caused some in table tennis to yearn for the good-old-days and a rise to the top of regional competitions.

As a result, there have been challengers appearing to Lothian’s hold on power. That is when some information about how the sport is being run began to appear in the press and to be heard in some quarters as rumbling. There was supposed to be an annual general meeting to consider a change to the constitution of the association.

It is my understanding that the general secretary at the time was not notified about this list of affiliates as well as a copy of their constitution, a necessary requirement to be an affiliate.

At the annual general meeting later, the challenger to the president, Karen Sinclair-Lim requested that audited financial statements and minutes of the last AGM be presented to the meeting before any election could go on. During the delay, it soon became obvious that the meeting was waiting on a bus of delegates to arrive. I am told that Mrs Sinclair-Lim decided that she would no longer participate in the “farce” as it appeared and withdrew along with her supporters. The AGM continued and the president announced that he had won by a margin of 70 to 6.

I am yet to find out just who the six who didn’t support the president voted for as his opponent had withdrawn!

So unease in the fraternity continued with legal moves and a declaration by the court that the AGM has to be redone and Mr Lothian to remain as president until a new date has been decided.

In February this year, a list of 97 affiliates was given to the new challenger, Andrew Lue.

This list revealed that some affiliates on the original list such as KPH TT Club, Riverton City TT Club, Nannyville TT Club, Papine Square TT Club, to name a few, had dropped out.

To be approved as an affiliate, the club should have filled out an application form that includes the names and addresses of the officers along with a printed constitution of the club and should have playing facilities approved by the managing council of the association.

New affiliates have 30 days to be up to date with their affiliate fees after their application was approved by the council.

This period of inactivity caused by the virus will give the association time to get all the relevant and stipulated conditions of being an affiliate settled so that the anticipated AGM of local table tennis can go ahead.

So, may the best person to lead the revival of Jamaica’s table tennis move forward with the support of ALL table tennis lovers in Jamaica. We need a vibrant and united group capable of garnering corporate and governmental backing that is so necessary for any sport group to succeed.