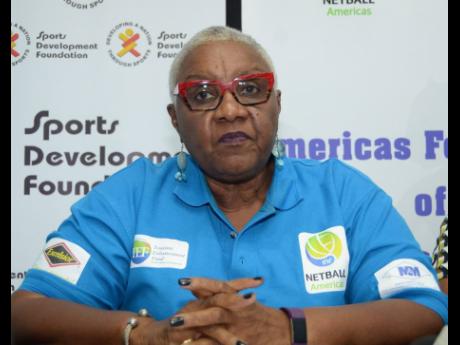 MARVA BERNARD, president of the Americas Federation of Netball Association (AFNA), said that the Under-21 World Youth qualifiers and the high schools’ Champion of Champions competition, which were both scheduled for July in Trinidad and Tobago, have been postponed.

The Champion of Champions tournament, which began in 2018 in Jamaica, is contested by the winners and runners-up high schools from each member country for players age 19 and under.

Bernard, a former president of Netball Jamaica, said AFNA’s annual general meeting as well as an umpire’s training course, which were also scheduled for Trinidad and Tobago in July, have also been postponed until further notice.

“I think with all of what is happening with COVID-19 everything has been postponed, and we are going to be reviewing the situation on a monthly basis,” said Bernard. “The INF (International Netball Federation) board is going to meet monthly, and so will the AFNA board, so that we can keep on top of things and keep in touch with our members.”

Bernard noted that with Jamaica already qualified for the Under-21 World Youth Championships, three other spots from the region were up for grabs at the tournament, which was scheduled for July 10-18.

“The INF have given all the regions who have not had their qualifiers until October 31 to have it because if all goes well, then they would do the draw in Fiji in November; and if things don’t go well, then we are going to have to go back to the discussion table and come up with some options and alternatives,” said Bernard.

The veteran sports administrator underlined that with the deadly virus spreading rapidly across the region, she is happy that all these events have been postponed in order to stop it from escalating in the Caribbean.

“It is the very best thing to do, and during this downtime it will give everybody a chance to continue to plan and to prepare,” said Bernard.

“We have to take into consideration the safety of the players, the instructions of our own national Government, and the whole world is now in a different state; and so it is a no-brainer that it had to be postponed,” she said. “When it (coronavirus) came to this side of the world, then it became even more evident that this is the best decision to make, and so far everybody is okay (with the decision),” Bernard said.