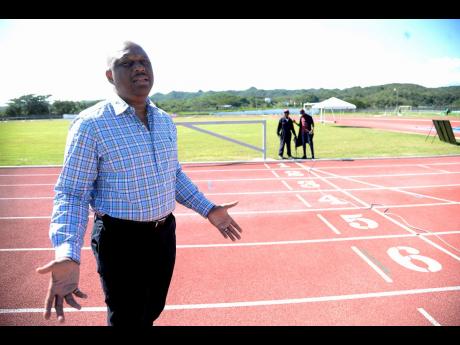 Wilson says the sport can’t afford to disengage from fans for a whole year and believes that exciting matchups could energise support as athletics moves past the novel coronavirus and towards the rescheduled Olympic Games next year.

In its announcement last week regarding the postponement of the Games and the 2021 World Championships, World Athletics pointed to “ … an outdoor season of one-day meetings in 2020, starting and ending later than usual, so athletes, when they are able and it is safe to, will have access to competitions in every region. This will help them benchmark their performances and adjust their training accordingly for an Olympic Games in 2021.”

“I don’t think we have the luxury in track and field not to be connecting with the public for almost one year because the sport has been losing marketability over a period of time, and I believe in a year where persons are, if I should use the word, sports thirsty, it is an opportune time for us to, later on in the year, have some very competitive matchups, having persons who don’t normally race each other, racing each other to generate back the public interest,” theorised the man who has served as either technical leader or head coach to top-level Jamaican teams for more than a decade.

According to the Sprintec Track Club founder, the onus is on the athletes to be ready should these meets occur.

“It is important that these athletes keep training, keep good athletic form, and be ready to compete,” he continued. “I think it is the responsibility of the JAAA, guided by World Athletics, to make sure that our athletes are in shape to perform.”

In closing, Wilson shared a vision of meets held here once the health challenge has passed.

“So even if World Athletics doesn’t organise meets later on in the year, I think it will be a great initiative, once we are given the OK by the relevant authorities, for the JAAA to organise some meets for our athletes,” Wilson stated.

At the 2019 World Championships, Jamaica won three gold medals thanks to Shelly-Ann Fraser-Pryce in the 100 metres; in the long jump, thanks to Tajay Gayle; and in the women’s 4x100m relay. Overall, the Jamaican contingent came home with 12 medals.