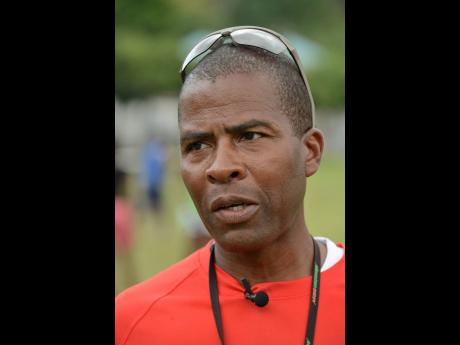 Although the World Athletics Under 20 Championships have been postponed because of the COVID-19 pandemic, there are still concerns that it could be cancelled altogether. One of those persons most concerned is Edwin Allen High School track and field head coach Michael Dyke, who was also a member of the national coaching staff at the Under 18 Championships in Nairobi, Kenya in 2017.

Dyke, who was a member of the national coaching staff in Nairobi, is disappointed with the postponement of this summer’s event in Kenya.

“I am just disappointed, like the athletes, because I know this would have been another big year for Jamaica based on talents we have available, especially among the females.” Dyke said. “Also, this would have been the final opportunity for some of the athletes to compete at this level, but naturally, this is a global crisis which no human being has any immediate control over.”

In Kenya in 2017, Edwin Allen High athlete Kevona Davis, representing Jamaica, was favoured to win the 100m Under 18 title, but finished third in the event after sustaining an injury while in front in the race.

Dyke was looking forward to something special from Davis, who has been in immaculate form this season.

“I was really anticipating a super year from her at all local, regional and global meets this year,” he said. “It is unfortunate this season has ended abruptly because Kevona would have left a lot of persons in awe, because she was on course to do something very special this year.

“God knows best but she is still young and I hope she will be able to get back in that shape again both mentally and physically.”

Davis had opened her season on a positive note after breezing to a time of 22.86 seconds in the 200m on grass at the St. Elizabeth Technical High School Development meet in January. She also had a season’s best time of 11.35 seconds in her first round 100m race at the Carifta Trials.

Davis, who turns 20 in December 2021, still has one more year of eligibility for Edwin Allen at the ISSA/GraceKennedy Boys and Girls Athletics Championships but Dyke says she would not be donning the blue and white of Edwin Allen another year.

“No, she will be moving to the next level, where is yet to be confirmed, but currently she is not in training.”

Dyke was also hoping for his school to make history in Kenya this summer in the at the World Under 20s. He was confident that Jamaica’s Women’s 4x100m relay team would have been made up of four girls currently representing Edwin Allen, something never done by any other institution at that level.

With the season coming to an abrupt end, it has been unfamiliar territory at this time of the year for the high school coaches in Jamaica, but Dyke is taking it in stride.

“It is really unfamiliar territory at this time for us as coaches, but I am using the opportunity to get some well needed rest and start forward planning for next year, God’s willing, and if [coronavirus] obliges,” he said.