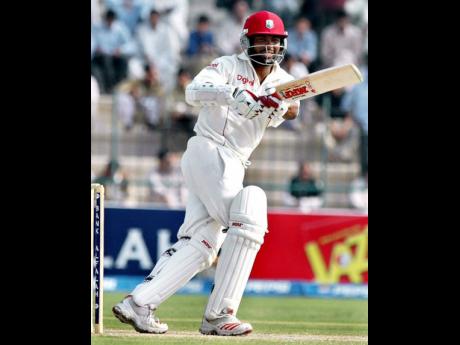 File
Brian Lara during his time as a Windies batsman.

LEGENDARY LEFT-HANDER Brian Lara has recounted how the storied meeting with two close friends in the wee hours of the final day of the third Test against Australia in 1999 here helped propel the Windies to a historic win, as he urged the region to find collective resolve to fight the deadly coronavirus pandemic.

Speaking on social network Instagram on the March anniversary of the game, the former Windies captain branded the match “the best five days of cricket I have ever played,” and talked followers through his thoughts as they played out during the enthralling Kensington Oval contest.

Lara, then age 29, unfurled a magnificent unbeaten 153 as the Windies chased down 308 to take a 2-1 lead in the hotly contested four-match series.

The result appeared unlikely when the hosts lost three wickets for six runs in the space of 46 deliveries, to stumble to the close on the fourth day on 85 for three, still requiring a further 223 to win on the final day.

“I woke up at 4 a.m. the next morning and called one Nicholas Gomez, my former captain at Fatima College, who travelled to Jamaica [for the second Test] to give me the support he knew I needed a week earlier, and he made his way to Barbados as well,” Lara told followers.

“And he and one Hugh Scott (Trinidadian friend) joined me in my room around 4:30 a.m. and from that point, we planned our innings against the Australians.”

What unfolded on the final day was perhaps the finest Test innings ever seen. Unbeaten on two overnight, the Trinidadian clinically set about dismantling the Aussie attack with the artistry of a virtuoso but the precision of a surgeon.

He struck 19 fours and a six off 256 balls in just shy of six hours at the crease, putting on 133 for the sixth wicket with Jimmy Adams (38) and an invaluable 54 for the ninth with Curtly Ambrose (12) amid heightened tensions

“I was so proud of all my teammates. It was a fighting spirit I’d never seen before, but we believed we could win from any position.

“It was immeasurable joy and tears when that drive sped through the covers off Jason Gillespie.”