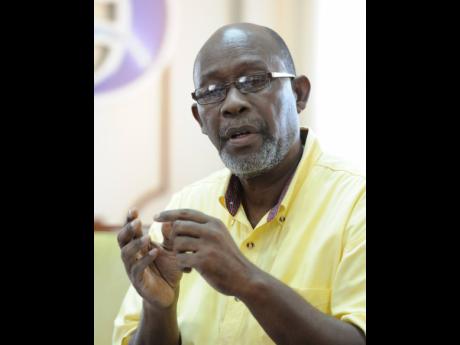 When Jamaica’s Usain Bolt settled into the blocks for the 200 metres at the Carifta Games on April 11, 2004, he was already on the radar. Just 19.93 seconds later and Bolt had taken sole ownership of the World Under-20 record. The result obtained by the then 17- year-old was a ‘happy shock’ to Fitz Coleman, who was his coach at that time.

The record turns 16 today and, when asked this week if Bolt’s training hinted at a big time in Bermuda where the Games were being held, Coleman recalled: “Signs were there for him to run a decent time, but honestly, the world record, I didn’t see it at that point. I know he was very strong, he was much stronger than when he joined me and we worked on his range and all of that, trying to stabilise him.”

The tall Trelawny native had left William Knibb Memorial High School to join Coleman at the IAAF High Performance Training Centre in Kingston, after winning the 2002 World Junior 200m, zooming to a Boys and Girls’ Championships record-breaking 200/400m double, and after equalling the World Junior record of 20.13 seconds at the 2003 Pan-Am Junior Championships in Bridgetown, Barbados.

“He was running times that suggested, for example, that his longer distance, 400m, he could easily have won that if he ran it,” remembered the man who has served as head coach to Jamaican teams at the World Championships, indoors and outdoors.

Understandably, the world record time impressed him. “It was a happy surprise, a happy shock, if I may use that term,” the coach said with a chuckle. “I knew his 400m was really good, which suggested that his 200m would have been quite decent, but 19.93, I did not see that at that time,” Coleman added.

The big 400m time came weeks later at the Penn Relays. Running the third leg on the Jamaica Green 4x400m team, the lad covered the lap in 44.4 seconds.

“I was not surprised and, in fact, honestly, everything was pointing to later on in the summer and, when I saw all of that, I knew that he was going to be extremely difficult to beat later in the summer,” the coach said of a season in which the Athens Olympics was the big target.

Unfortunately, injury struck Bolt and, though the World Junior record was the second fastest 200m time of the year, he changed coaches when he returned from Athens. Nevertheless, Coleman is delighted with Bolt’s success since their single season together.

“It has always been a cordial relationship ever since,” Coleman said. In fact, Bolt has done several motivational talks to youngsters on Coleman’s request over the intervening years.

In the meantime, no other Under-20 sprinter has ever broken 20 seconds since Bolt’s big day in Bermuda with Ramil Guliyev, later to become the 2017 World champion for Turkey, coming closest at 20.04. Bolt himself clocked 19.99 seconds in 2005.