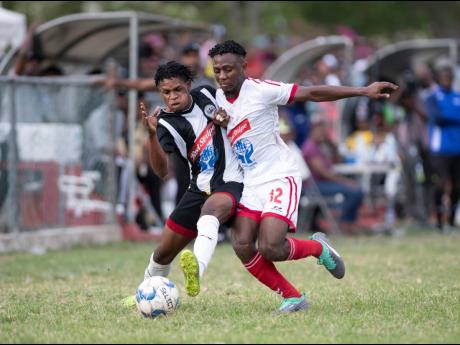 CAVALIER FC technical director Rudolph Speid has lauded the Jamaica Football Federation’s (JFF) recent gesture to waive over $6 million in bill payments. But he said he expects even more relief to follow from the Government and the sport’s world governing body, FIFA, during the halt of the sport because of the COVID-19 pandemic.

The JFF said on Thursday that it took an unprecedented decision to forego all the Premier League Club Association’s (PLCA) financial obligation to the federation for the 2019-2020 season.

Speid expects the approximately $500,000 to come in handy for each of the 12 Red Stripe Premier League (RSPL) clubs.

“Clubs are struggling, so any breather we get, we will work with it,” Speid said. “It wasn’t surprising. The JFF has always wanted to help, but if they don’t have the resources, they cannot help. The charges would have run to about $500,000 (for each club), so that respite for the clubs is good.

“We have also asked the Government to help and support us, because we are a professional industry. We are waiting for their response; and then FIFA is saying they are going to help.

“So between the Government, FIFA and the JFF, who has done their part, we are just waiting on these bodies that say they are going to help.”

He said the decision by the PLCA to suspend the league until further notice was most prudent, as clubs benefit if the league is completed.

“If you abandon the league, why would anybody help,” he asked. “So it is not a good idea, from a financial standpoint, to abandon the league. All that will happen is that employees will suffer, because there will be no revenue coming into the league until the next one starts.

“So we are happy to try and finish the league, even if we have to start the next season late. I think the league should have a natural conclusion.”