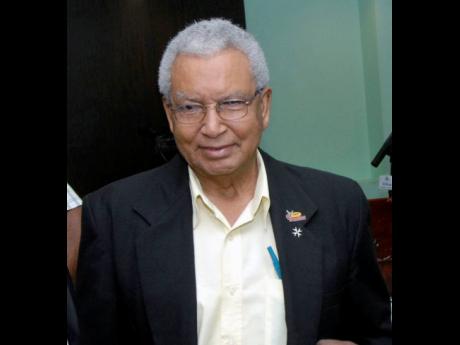 Known in particular for his distinguished service to the Inter-Secondary Schools Sports Association (ISSA), Green also did sterling work at The University of the West Indies and in the sport of volleyball.

The veteran administrator was an all-round sports star at Kingston College (KC) and was a member of winning teams in football, athletics and cricket in the 1949 – 1950 school year. He returned to KC as the football coach in 1951 and conditioned his school to take the 1951 and 1952 Manning Cup titles.

Sports Minister Olivia Grange was among those paying tribute to Green yesterday.

“Freddie served sports faithfully throughout his life and is one of the finest athletes and sports administrators Jamaica has produced,” said Grange.

Green studied at the University of Western Ontario and the University of British Columbia, obtaining a degree in physical education. He began his teaching career at KC and served as sports master. Installed again as football coach, Green led KC to success between 1958-60, taking the Manning Cup twice and also winning the Oliver Shield.

His skills led him into sports administration at The Mico College in the 1960s and at The University of the West Indies between 1972-92.

There he masterminded the rise of the university in sport. That culminated in an upset of the powerful College of Arts, Science and Technology at the 1981 Jamaica Intercollegiate Track and Field Championships.

Paul Auden, who coached that UWI team, paid tribute to Green when news of his passing became known.

“He was really a good, good man, a gentleman and a scholar,” said Auden.

Green, who helped to guide the merger of Boys’ Championships and Girls’ Championships in 1999, served as ISSA general secretary from 1970 until his retirement in 2005. He was also an IAAF official.

Green fell in love with volleyball after his high-school days and eventually served as president of the Jamaica Volleyball Association.

His work and kind demeanour have earned him numerous awards. He was honoured by ISSA in 2001 and as recently as 2017, he was cited by the Olympians Association of Jamaica.

In a release issued to the media yesterday, ISSA paid tribute to Green and his impact on the organisation.

“ISSA is proud and indeed blessed to have had the services of Freddie as its general secretary over those years where his work lifted the association to great heights in the running of high school sports islandwide,” the release said.

Green served at ISSA for over 30 years.