Hubert Lawrence | Getting back into the blocks 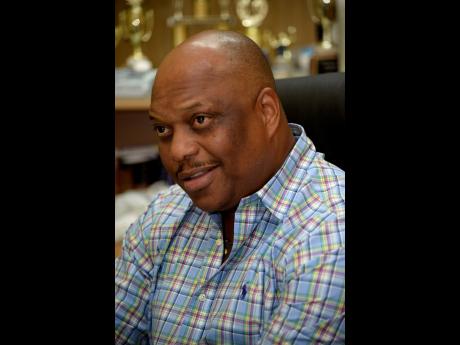 It’s clear that the athletics family wants to be ready to speed as soon as the novel coronavirus (COVID-19) is brought under control. That’s what the promise of late-season meets, locally and internationally, convey to me. The same goes for the possible staging of national championships in August.

As suggested by Sprintec Track Club founder and head coach Maurice Wilson a few weeks ago, it seems that the sport can ill afford to be absent when the coast is clear.

“I don’t think we have the luxury in track and field not to be connecting with the public for almost one year,” Wilson said. “The sport has been losing marketability over a period of time and I believe, in a year where persons are, if I should use the word, sports thirsty, it is an opportune time for us to, later on in the year, have some very competitive matchups, having persons who don’t normally race each other racing each other to generate back the public interest.”

These signals give all the stakeholders some hope. While they wait for a light at the end of this tunnel and daily reports of tragedy and recovery, some plough through cassette tapes and videodiscs and YouTube to get a taste of their favourite sport.

Others have given up and amuse themselves with mathematical brain puzzles.

The only real option is patience. Though there has been steady anti-COVID-19 action in Jamaica and elsewhere, the light at the end of the tunnel could be a way off. Schools have yet to complete the Easter term. The longer they must stay closed, the more it becomes likely that the school year will end many weeks past the usual date early in July.

We’ve already seen the shift of the 2020 Olympic Games into 2021 and it would be great if the world became healthy enough for sport to kick back into gear before the New Year. The reality is that, though we’d all love to have special compact version of the Diamond League and the completion of the English Premier League, any resumption date set now is provisional.

Every energy has to be devoted to keeping everyone healthy.

In the meantime, sport can be used as a powerful beacon of hope. Last weekend, World Athletics posted 10 inspiring stories on its website. One of them detailed the patience and determination of Merlene Ottey to become an individual outdoor World Champion. She made it in 1993 at the World Championship in Stuttgart, Germany. Even there, she faced adversity. She lost the 100m to Olympic champion Gail Devers by a smidgen as both got the same time – 10.82 seconds. Then, she barely held off another Olympic gold medallist, Gwen Torrence, to take the 200m.

She was 33 then, and many thought she should have already put her spikes away. Instead, she persevered and became Jamaica’s first World Champion at 200m, male or female.

Jamaicans everywhere will have to call on Ottey’s determination and discipline to drive this health challenge away. She didn’t give up and neither should we.

This interlude without sport is many things. It’s time to reflect. It’s time to look ahead, to cultivate new habits and to refresh old methods.

It’s definitely not time to give up.

Hubert Lawrence has scrutinised local and international track and field athletics since 1980.