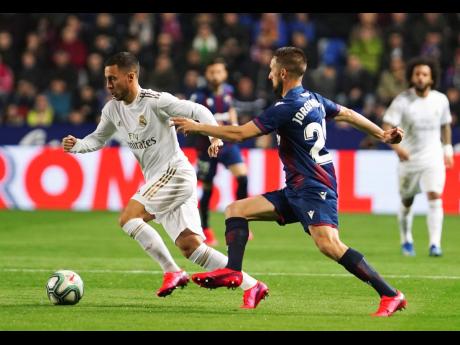 FOOTBALL MATCHES and other sports events in Spain will take place in empty venues, at least until the end of the summer, the mayor of Madrid said Saturday.

José Luis Martínez-Almeida told the Onda Cero radio station that the coronavirus pandemic quite likely “won’t be under control” by then for events with big crowds to resume normally.

“In the spring and summer, there won’t be any events with crowds in Spain, and possibly not in the fall, either,” Martínez-Almeida said. “Because, obviously, the situation will not be fully under control. We will have to change our habits and behaviours even after being allowed to go back on to the streets.”

Spain has been one of the hardest-hit countries with more than 190,000 confirmed cases of COVID-19, only behind the United States. More than 20,000 have died in the European nation.