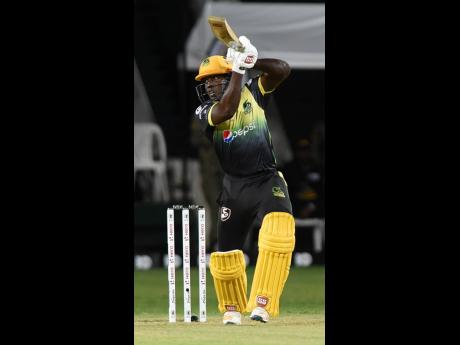 Windies all-rounder Rovman Powell says it would be an honour for him to captain of the Jamaica Tallawahs team for this season’s Caribbean Premier League (CPL) competition.

The Jamaican franchise is set for a major shake-up after a disappointing campaign last season, when they finished at the foot of the points table.

Powell, who captained the Tallawahs in two matches last season before injury put an end to his campaign, is highly touted to lead the team in place of Chris Gayle, who is rumoured to be on the move to the St Lucia Zouks. Floyd Reifer is also expected to take over as head coach, replacing Donovan Miller.

“Obviously, nothing has been confirmed, but just to be considered is a privilege,” Powell said.

“Captaining Jamaica Tallawahs is a big step, because it is one of the biggest franchises in the CPL and it is a huge responsibility for me,” he said.

“It will be a big boost for my career because I have had a short stint as captain for the Windies team and I also captained the Jamaica Scorpions, so it will definitely be a big step in the career of Rovman Powell.”

Powell says that his experience from playing in Twenty20 (T20) tournaments around the world has prepared him well to deal with whatever challenges may arise, if he is named as the captain of the Tallawahs.

“Everything in life comes with pressure, but it is how you manage it; so you can’t just dwell and say it is a pressure job,” Powell said. “I am ready to deal with whatever pressure may come my way now.”

He says that he has been using the COVID-19 break to stay in shape for whenever the CPL season begins.

“I have been doing a lot of home workout because the Windies team sent out their programme, so as cricketers, we have to adhere to that,” Powell said.

“Hopefully, at some time, this pandemic will be over and life will slowly but surely go back to normal.”